Definition: This is an idiom used to explain how someone gets insulted once and then in the same instance encounters further misfortune. 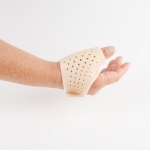 Example: He was told by the vendor that his suit had a bad cut and to add insult to injury, the vendor then said that maybe it was because he was fat!

Origins: This idiom has its roots from the Fables of Phaedrus written back in 2nd century AD. It was found in a story about a bald man who gets bitten by a fly that lands on his head, causing him to swat at it. But instead of killing the fly, it escapes and he ends up slapping his own bald head. When the fly sees this, it says that the man desired to kill him for just a touch and asks him what he will do since he has added insult to his injury. The exact same wording can be seen written in English from the mid-18th century.

Definition: To thumb ones nose means to express extreme contempt or insult for someone or something.

Example: He is a very good man and has done great things despite his somewhat shady upbringing and I don’t think you should thumb your nose at him. 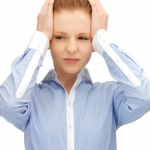 Origin: Dating back to the 18th century at the earliest, there is no sinister meaning behind this idiom. The physical act of thumbing one’s one was intended to convey contempt by placing the tip of the thumb to the end of the nose with the other fingers spread out so they could wiggle in the most annoying way.

This gesture was known as the “5-finger salute” and also “cocking a snook.” As with many non-verbal gestures in the human world, the gesture itself is probably meaningless and it is really the thought that counts. There are also some people who say this idiom has its origins from the Bible but the word “branch” was used instead of “thumb.”

Definition: Often used in reference to something, anything that might be a cause for disagreement among people.

Example: That guy is such bad news and has been an apple of discord between Diane and Jane for the longest time.

Origin: Upon seeing the word “apple,” some people might think of Adam and Eve and the snake. However, this idiom actually comes from a tale in classical Greek Mythology. During a banquet of the gods, Eris, the goddess of discord, throws a golden apple that was labelled “to the fairest.” The goddesses Athena, Hera, and Aphrodite all wanted it but when it was granted to Aphrodite by Paris (of Troy) which started events that would result in the Trojan War.