Definition: A phrase used to signify that something has failed, crashed, or died.

Origin: When most people hear this idiom, they likely think of the song that was sung by the British band “Queen”, but it just so happens that the origin of this idiom goes back much farther. As far back as the KJV Bible. 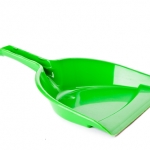 According to Psalm 72:9, “They that dwell in the wilderness shall bow before him; and his enemies shall lick the dust.” “Lick the dust” being a variation of the idiom commonly used today.

The idiom refers to someone or something metaphorically falling to the ground in failure and defeat. It is so popular that it has been used by literature translators, such as when Samuel Butler used the phrase in Homer’s “Iliad” to talk about the death of Roman soldiers during battle.

Definition: Often used when people talk about someone who has just died but want to phrase this in a less explicit manner.

Example: You know, he was around 100 years old when he kicked the bucket so he lived a long, full life filled with joy.

Origin: Although it has been argued that this idiom originated from hangings or suicide by hangings, wherein people were made to stand on buckets and inadvertently kick it in their death throes, this has been proven 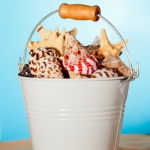 inconclusive. Most etymologists would agree that the “bucket” in the idiom refers to a type of yoke that is placed on pigs’ feet as they are being led to slaughter. As they start thrashing in death, it looks as if they are kicking the yoke or in this instance, they are kicking the bucket.

Definition: This phrase is sometimes used as a euphemism for a sudden death.

Example: If you do not join us, you will pop our clogs because we can’t allow you to live when you know our secrets.

Origin: This expression hails from England. According to Cassell’s, this one is from the 70s but the general consensus is that it could be far older. For instance, “pop” could also mean “pawn” such as in the song “pop goes the

weasel” wherein the weasel is actually a flat iron used around the house and to pop it means to pawn. Therefore, “pop your clog” means to “pawn shoes” as they will no longer be needed when someone is dead.