From the beginning, AccentPros’ ongoing idiom series has been praised by both casual visitors of our website and those enrolled in our American accent training programs. Many appreciate the extra language based tips which help them communicate more effectively. Our idiom series addresses a wide breadth of slang terms and other informal language one could hear on the job every day, but our blog has never addressed heteronyms.

American English words that are spelled identically but have different meanings based on pronunciation are called heteronyms. The pronunciation of a heteronym changes the meaning of the word. When one encounters a heteronym in writing it may take a little longer to process. Even individuals born in the US who only speak American English take extra time to think about heteronyms before pronouncing them since they have at least two possible pronunciations depending on the context of the sentence. The most difficult scenario is when the word is used twice in rapid succession within one sentence. Our brain’s instinct is to pronounce both words the same way, but beware. The difference in the pronunciation of the two words is usually achieved by placing the accent–or point of emphasis on another syllable and sometimes changing the pronunciation of a vowel in the word as well. Consider the following sentences: 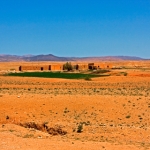 More than just simple tongue twisters, heteronyms illustrate the importance of strong pronunciation skills in your American accent training program. By simply placing emphasis on a different syllable or altering the 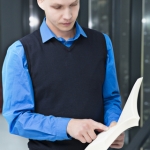 pronunciation of a particular vowel sound, you can completely change the intended meaning and tone of your message. If you are a non-native English speaker who has limited experience with heteronyms, please know that these words also confuse native English speaker at times. Memorization isn’t the ideal way to approach them either, given how infrequently they appear in writing. Therefore one must be able to infer from the surrounding context in a sentence how to correctly pronounce heteronyms.

Other words that may be featured in pairs as part of heteronyms include:

Desert: A hot, desolate region covered to sand/ to abruptly leave an area

Content: Happy or satisfied/ a description of everything contained inside something, as in a book.

Tear: Drop of water emanating from the eye as a response to emotion or pain/ to rip a material 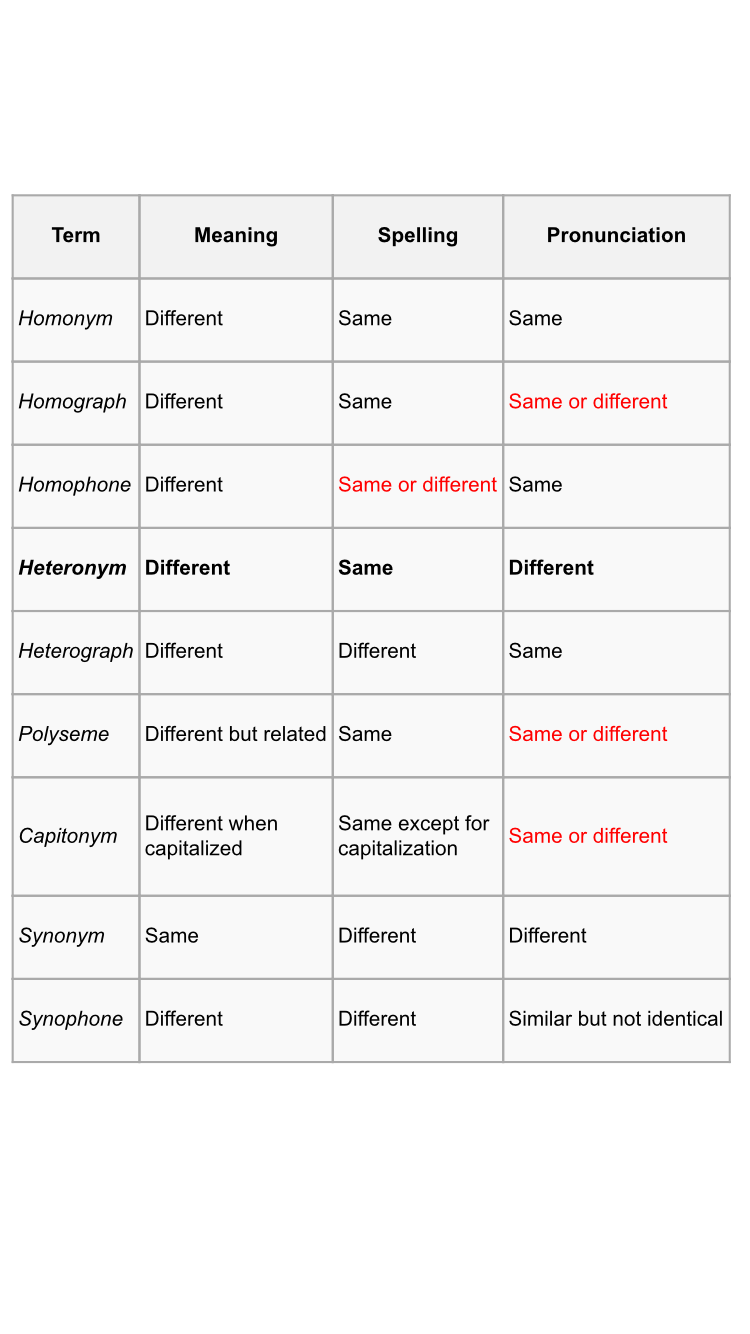 Row: A fight/ to propel a boat forward using oars or other means. Can also refer to a swimming motion which moves a person forward/ a line.

Still confused? Click the chart graphic to the left, which simplifies things by listing the similarities and differences between various categories.