Accent reduction idiom – A pig in a poke 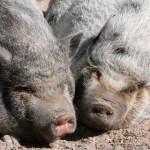 Definition: Something that is foolishly accepted without someone first checking the facts.

Example: I don’t think you should be so rash as to buy a pig in a poke since it might just prove to be a disappointment to you in the end.

Origin: This might seem like a very old and archaic phrase and, as a matter of fact, it is. The advice given by this idiom is enshrined in a British commercial law known as “caveat emptor” which is Latin for “let the buyer beware.” A “poke” is a sack or a bag and a pig that is inside a poke might turn out to not be a pig at all if a merchant tries to cheat by placing a cheaper animal inside the bag. In 1858, Fraser’s Magazine printed something that came from the Common-place book from 1530 and it stated that when you want a pig, open the poke.

Definition: Describes how there is always more than one way to do something.

Example: You do not have to go make a speech since you can use a video. There is more than one way to skin a cat.

Origin: This idiom might seem a little gruesome but it really has nothing to do with skinning cats. The earliest printed citation of this idiom came in a short story written by Seba Smith–an American humorist–about money diggers in the 1840s. Smith stated that there were more ways than one to skin a cat and, by extension, even more ways for people to go digging for money. The earliest versions of this phrase appeared as early as 1678 in John Rey’s collection of English proverbs. There are also variations on this idiom but they all essentially mean the same thing. 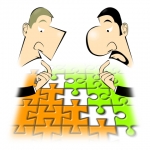 Definition: This phrase makes use of the “Albatross” metaphor to speak of a psychological burden that almost feels like a curse. 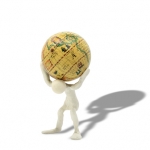 Example: You have a choice—you can put the breakup behind you or wear it like an albatross around your neck.

Origin: Interestingly the “Albatross” metaphor was used as early as the year 1936 but didn’t become widely used until 1955. In the year 1798, Samuel Taylor Coleridge wrote The Rime of the Ancient Mariner and in it, an albatross follows the ship and is an omen of good luck until the mariner shoots the bird. This is looked upon as an act that will curse the crew and the ship.