Warning: Use of undefined constant mc_ps_parse - assumed 'mc_ps_parse' (this will throw an Error in a future version of PHP) in /home/customer/www/accentpros.com/public_html/wp-content/plugins/parse-shortcodes/parse-shortcodes.php on line 16
 Accent Reduction –Body Idioms Part 2 - Accent Pros Skip to content

Description: No-brainer means a thing that needs little to zero mental work or intelligence to comprehend or perform. The expression is usually used on decisions that are clear-cut. Occasionally and quite rudely, it’s also used to describe people who seem lacking intellectual ability. 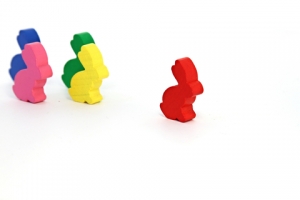 Example: Wearing flip-flops to the beach is a no-brainer.

Origin: This American idiom was first cited in the 1950s. The Berry’s Cartoon penned by Carl Grubert used the expression in the same feel of requiring little effort. The comic strip was published in December 1959.The idiom was first used in reference to easy decision making in 1968. It was part of a written sports report in a Canadian newspaper. The usage of the idiom pertaining to an individual’s intelligence came later when the phrase was already well-known.

Description: A pair of safe hands means a person you can rely on to do a crucial task well without worrying about him/her mistaking mistakes. Sporadically, someone with “a safe pair of hands” is dull or low-profile.

Example: The new manager is what this company needs, someone with a safe pair of hands.

Origin: This idiom has British origins. A safe pair of hands was used to describe diplomats and politicians who were granted sensitive and classified jobs that needed attentive and cautious handling. The oldest records using the expression were linked to two British sports – cricket and rugby. In cricket, it was used for written game tutorials. In 1851, author James Pycroft wrote the sentence “The safest pair of hands in England.” in his book. In rugby, the idiom was used by W. J. A. Davies in 1933 when he wrote How to Play Rugby Football. Verbatim, he wrote it as “A safe pair of hands is of paramount importance.” 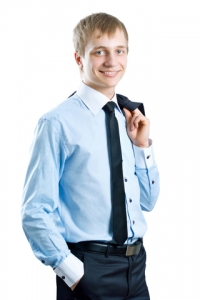 Accent Reduction Idiom 3 – A shot in the arm

Description: A shot in the arm has two meanings. One, it’s a boost of energy or encouragement. Two, it’s a strong and positive influence. 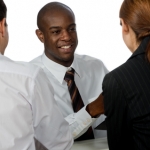 Example: This award serves as a shot in the arm for me to work and strive harder to achieve more goals and accomplishments.

Origin: This idiom comes from the stimulating aftereffects of injecting drugs to the body. A shot is an American slang for injection whether for medical or recreational drugs. The phrase has been around since the start of the 20th century. The earliest citation was made in October 1904 in a San Francisco Chronicle Supplement piece. The phrase was then immediately used by many as an idiom. It was first mentioned figuratively in The Lewiston Evening Journal published in January 1916. It was used in the journal sentence as “The vets can give politics a shot in the arm and the political leaders realize it.”