Accent Reduction Idiom 1 – Once in a Blue Moon

Definition: Refer to something that is done very rarely on the account that “blue moons” happen just a couple of times per year.

Example: You really need to go to John’s party since it is a once in a blue moon event and you simply do not know when he will throw the next one.

Origins: This idiom has an established connotation but in the 1500’s it was used to refer to something that is crazy or absurd. The first known and recorded use of this idiom was in 1528 when it was printed in an anti-clerical pamphlet by Jeremy Barlowe and William Roy. There was a conversation between two characters that said something along the line of, “if the moon was blue, then they must believe it is true.” They said this to referred to priests who kept on making statements and just expected average citizens to believe that they were true no matter how absurd.

Accent Reduction Idiom 2 – Out of the Blue

Definition: Things or situations that occur with little to no warning, leaving people without time to prepare.

Example: We were just standing there, and out of the blue these large wolves darted in front of us as if hunting some invisible prey. 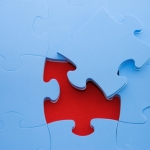 Origin: According to some English language scholars, this idiom is actually derived from another older idiom, “a bolt out of the blue” or “a bold from the blue.” In this case, the blue to which the idiom refers is a clear blue sky and this means a bolt that comes from a clear blue sky since it does not, in any way, indicate bad weather. No one would expect thunder unless the sky is grey or just dark.

Definition: Often used when discussing people who seem to view the world in a ceaselessly optimistic and almost unreal light. 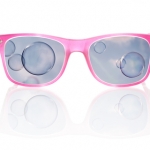 Example: There is no use talking to him about the financial crises and the health scares all over the world since he happens to view the world and everything that happens in it with rose-colored glasses.

Origin: The origin of this idiom is unclear though there are some theories which have established credibility. The idea of rose-tinted glasses goes to as far back as the 17th century, possibly due to the massive popularity of romantic imagery in the art work of the period. This in turn inspired viewers to find optimism in their rose gardens. They would paint extra roses in artwork of their own to give it a livelier feel.