Accent Reduction Idiom 1 – The Face that Launched a Thousand Ships

Definition: This is an idiom which traces its origins back to the mythic Helen of Troy, whose kidnapping by Paris set off a series of events that ultimately led to war involving thousands of ships. An alternate theory states this refers to Aphrodite. 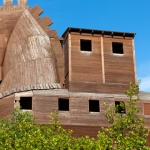 Example: Legend has it that Helen of Troy was so pretty that she had a face that could launch a thousand ships.

Origin: The legend of Helen of Troy dates back to the time of the ancient Greeks, but the phrase itself is relatively new. It was made famous by Christopher Marlow in his book Doctor Faustus which was about a man who made a bad deal. In the story, Marlow referred to her as “Helen of Greece”. Since then, it has been an idiom that is used to refer to women-and men–who have really beautiful faces.

Accent Reduction Idiom 2 – Not a Hair Out of Place

Definition: To have a seemingly perfect appearance .

Example: That woman always looks her best and does not have a hair out of place whenever she goes out in public.

Origin: A Kiwi newspaper called the Star ran a story in January 1877 that was entitled A Rich Girl Without a Fortune. In the story, a passage talks about a girl who was always nice and neat. Alhough her dresses were of the cheapest fabrics, she always kept them clean and fresh. It also said that she didn’t have a spot on her delicate hands and that as she sat down, not a hair was out of place on her pretty head. It follows therefore, that although the paper was published in 1877, the expression was known well enough that it was used before 1877. The idiom remains popular today. 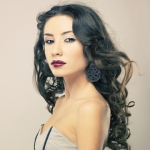 Definition: Refers to people who are thought to be dangerously thin . 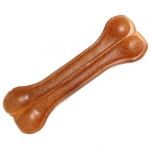 Example: I think her  diet is the reason for her getting sick and losing massive amounts of weight so that she now looks like nothing more than skin and bone.

Origin: There isn’t much known about the origin of this idiom except that it probably started in the late 1400s in England as a form of hyperbole.