Definition: It usually pertains to the condition of being bruised and/or beaten when used in a sentence. 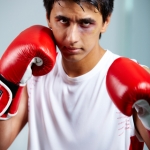 Example: The car accident left black and blue marks all over her body.

Origin: While opinions differ regarding the true origin of this idiom, the general consensus is that it originated as a reference to the colors of the skin when bruised. Some also refer to the German language when figuring out the etymology of the idiom. If someone beats or hits you, in English, you’ll get a black eye. In German, you’ll get blue or “Ein blaues Auge” which literally means ‘a black eye’ in English.

It should also be noted that “black and blue” is part of a random category of medical idioms.

Example: He’s so good a liar that even when you catch him red-handed you’re still inclined to believe what he’s saying.

Origin: This idiom’s origin dates back to as far as the 15th century. It was predominantly used in Scotland. Given that the usage of “red handed” then was always related to murder or any violent, physical act, the phrase meant blood (red) on their hands. The idiom has several documentations in the Scottish language history. “Red hand” was first mentioned in 1432 in a Scottish Acts of Parliament of James I document. Subsequently, the term often popped in various documents of Scottish legal proceedings.

It later morphed into “red-handed” in the early 19th century. Sir Walter Scott’s Ivanhoe documented the transformation of the world. “Caught red-handed” was then introduced in 1857 by George Alfred Lawrence. He used the idiom in his book, Guy Livingston. 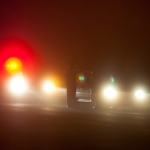 Definition: To be born with a silver spoon is to be born from a wealthy family. It also notes having great opportunities that one didn’t particularly earn but still enjoys because of his/her family’s influence.

Example: She wasn’t born with a silver spoon on her mouth; what she’s enjoying right now is the fruit of her labor. 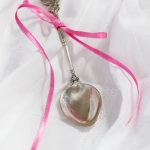 Origin: Prior to the rise of popularity of place setting in 1700, people had to bring their own spoons to the table. Think of it as the way people bring their wallets everywhere nowadays. In pre-modern times during the height of British aristocracy, if you owned a silver spoon, you were most likely a land owner and/or a member of high society. Because of the weight of genuine silver spoons, they were some of the most treasured household effects. Therefore, being “born with a silver spoon” is a cultural marker.

In the U.S., the idiom was first used in a congress document in 1801. This idiom also has variants in other languages. For instance, in Portugal, a Portuguese expression is roughly translated in English as “born in gold cradle” which, in context, means the same thing as being “born with a silver spoon.”