Accent Reduction Idiom 1 – Keep it under your hat 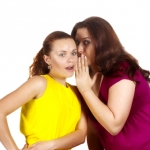 Example: The governor received additional funding from a higher-ranking official, but he pocketed the money. He asked his secretary to keep it under her hat.

Origin: During medieval times, English archers stored spare bows under their hats. They did this to keep the bows dry. However, the more apt meaning or origin of this idiom can be seen when one considers what is usually found under a hat. Namely, the head of a person. Given this interpretation, keeping things under your hat simply means keeping specific pieces of information confidential. The phrase “keep it under your hat” came into being around the 20th century and still means keeping things secret, or at times, thinking things rather than saying them out loud in mixed company where such utterances could lead to trouble.

Definition: To begin something; to get on the way.

Example: Once sufficient funds were collected from the members of the organization, their community tree-planting project got underway.

Origin: To truly appreciate the origin of this idiom, it is a must to understand that “way” does not refer to a road but rather the progress that a ship makes through the water. The word “way” has been used in sea navigation context since the 17th century. “Under” in this context originally meant “on the.” When you use the original context of “under” with “way,” it then makes it clearer to understand why this idiom means the beginning of 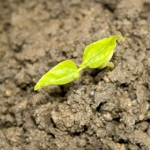 something, or to be “on the way.” Furthermore, it must be noted the phrase “on the way” was later shortened to “underway”, likely due to the influence of the Dutch word “onderweg”. “Onderweg” can be translated into English as underway. However sailors may have misheard the correct pronunciation of the word, which in turn led to the phrase variant “on the way.”

Accent Reduction Idiom 3 – Under the thumb

Definition: To be under someone’s complete control.

Example: He loved his girlfriend so much and would do everything for her. However, she didn’t truly love him and took pride in having him under her thumb.

Origin: The phrase “under the thumb” was usually used to refer to people who held power, such as kings or lords, who exercised control over their subjects. The earliest reference which mentions this expression was printed 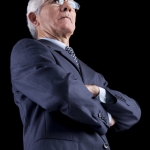 back in the 18th century from a line in “The Life and Posthumous Works of Arthur Maynwaring,” published by the English politician Arthur Maynwaring. The text read: “The French King having them under his Thumb, compell’d them to go at his Pace.” Today, this phrase retains the same meaning and is used in a similar context, with the person in power being a boss or high ranking corporate CEO.