Example: They have similar taste in everything that they are often dubbed as two peas in a pod on campus. 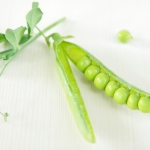 Origin: This idiom is also occasionally expressed as “like as two peas” and is derived from the fact that two peas in a pod are almost indistinguishable from the other. One of the oldest versions of it dates back to the 17th century when John Lyly used this phrase in his work “Euphues and his England.” There was a line that goes: “Twinnes of Hippocrates, (who wer as lyke as one pease is to an other).” Lyly used the word “pease” because this was the singular form that was common in Tudor England at the time.

“Pea” was used as the singular form in the 17th century and “peas” was its plural form to avoid having to say “peases,” which was quite a mouthful to say. The meaning of this idiom has not changed from when it was first used and is still used to refer to people or other things which are very much alike.

Example: The daughter gave her two cents’ worth on her parent’s decision to have a divorce and it may have been the thing that changed their minds and saved the marriage.

Origin: The idiom “two cents’ worth” implies that for the right to express their opinions, people provide a specific amount of charge. This “charge” or payment, is actually just a notion and doesn’t really refer to physical money or the act of making change.

There is a speculation that two cents were the initial wager required for poker players back when the rules of the game were being formulated. That is the US version of the origin of this idiom. 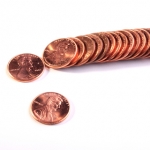 The British version, on the other hand, is “two penneth,” which precedes the use of “two cents’ worth.” The earliest use of this phrase was from a 1926 printing of the Olean Evening Times where Allene Sumner wrote an item titled “My Two Cents’ Worth.”

Definition: To go or scram; to escape by running away.

Example: The thieves heard the police sirens and gave it a 23 skidoo, breaking the TV on their way out. 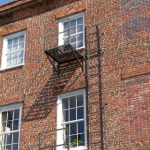 Origin: The certain origin of 23 skidoo is unclear and there are several competing theories. However, one origin relates how “23” was a fad term that originated in the 20th century. George Ade explained that 23 was a slang term in a boy’s vocabulary, which stood for “get away.” Skidoo, on the other hand, is another slang term which also means to get away, and it also came to be used around that same time.