Definition: A person who is without courage, fortitude or nerve; a coward

Example: The yellow-bellied caretaker jumped and shrieked at every small creak he heard around the house.

Origin: The term ‘yellow-belly’ finds its roots in England during the 18th century, but with a completely different meaning. In 1787, it was stated in “A Provincial Glossary: With a Collection of Local proverbs, etc.” that a yellow-belly is someone who was born in the Lincolnshire Fens. The name was derived from a comparison to their eels. 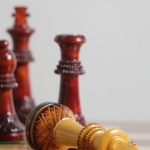 In 1839, William Holloway gave the same definition for the term, but for a different reason. He said that the term was given because of the sickly pallor that the residents of Lincolnshire Fens had as a result of living in marshy environments.

It was only used in the US in its current context starting in 1842. As taken from the text from Captain Wright from New York, he said, “God send that they may bayonet every yellow-belly in the Mexican army”. Although there was also a possibility that he used this to refer to race or color, it has since then been used to refer to cowards.

Definition: A burdensome possession that creates more trouble than it is worth.

Example: This car has become a white elephant considering the number of times it has conked out on me these past few days. 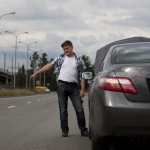 Origin: White elephants were seen as sacred in Some Asian nations in ancient times, but keeping it proved to be very troublesome. These elephants only ate special food, and people usually had to seek permission from the owners if they wanted to worship the elephant. Later on, the burden that goes with keeping a white elephant became so great that Thai kings would often give a white elephant to a subordinate that they are unhappy with, the hope being it would bring discomfort and inconvenience into their lives. 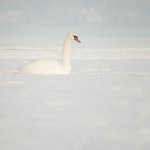 Example: She was as white as snow as she lay in her cold deathbed.

Origin: This phrase was first used in text by an English author named Michael Drayton in 1593. It can subsequently be found in Shakespeare’s Hamlet (1602) and the King James Version of the Bible’s Book of Daniel (1611).