Example: The woman gave her whole-hearted ‘yes’ even before the man blurted out his proposal.

In the medieval times, the heart represented everything that a person stood for. In fact, a person’s demeanor was often seen as an interpretation of how his heart felt. This then became the root of the expressions ‘faint-hearted’ and ‘half-hearted’, describing lack of courage. Eventually, the expression ‘whole hearted’ was born to give a similar interpretation of one who has more courage and manliness than the faint-hearted or half-hearted individual.

Definition: The entire amount; Everything; As far as possible

Example: The guy went the whole nine yards just to impress the girl of his dreams.

Origin: Much speculation surround the real origin of the term the whole nine yards. Some claim that it has been in use since the medieval times, while others believe it started during World War I. However, the earliest proof 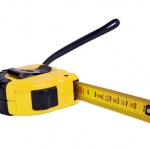 in print came in May 1907. It appeared in an Indiana newspaper called The Mitchell Commercial in a statement that read: “The regular nine is going to play the business men as many innings as they can stand, but we cannot promise the full nine yards.”

It was once again used in the same newspaper a year later in the statement: “He will catch some unsuspecting individual some of these days and give him the whole nine yards.”

Definition: The whole of something, including everything connected to it 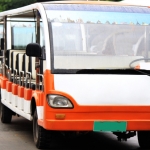 Example: I didn’t see how the whole shebang went down, but it sure was epic.

Origin: As an entire phrase, ‘the whole shebang’ was first used in 1872 on the Sedalia Daily democrat where it says “Well, the Democracy can flax the whole shebang, and we hope to see our party united.” In this statement, the term ‘shebang’ is being used to define the whole of something in general terms. Looking back at its history however, shebang was also used to replace the word ‘vehicle’. This is possibly in reference to the sightseeing buses in the UK, which were called charabancs (pronounced as sharra-bang) in the 1800s.