Warning: Use of undefined constant mc_ps_parse - assumed 'mc_ps_parse' (this will throw an Error in a future version of PHP) in /home/customer/www/accentpros.com/public_html/wp-content/plugins/parse-shortcodes/parse-shortcodes.php on line 16
 Accent Reduction: "Up" Idioms - Accent Pros Skip to content

Accent Reduction Idiom I – Up in arms 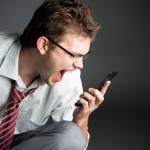 Example: They were instantly up in arms when they found out that their rivals have arrived.

Origin: The expression ‘up in arms’ is a more active version of the term ‘in arms’. When someone says that someone is ‘in arms’ it means that these people are fully equipped with weapons and armor, and other resources and prepared for battle. As for the term ‘up in arms’, it was first mentioned in the 1590s print version of Henry VI: “As hating thee, are rising up in arms…” as well as in Richard III: “March on, march on, since we are up in arms…”.

Accent Reduction Idiom 2 – Up to snuff

Definition: Meeting the minimum requirements; As good as is required

Example: I worked so hard on that presentation, but the panel didn’t think it was up to snuff.

Origin: The term ‘up to snuff’ originally meant ‘sharp and in the know’. This expression was first used in 1911 when John Poole, an English playwright, wrote a parody called ‘Hamlet Travestie’. Here, he states: ‘He is up to snuff, that is, he is the knowing one’ and ‘He knows well enough the game we’re after, Zooks he’s up to snuff’.

In 1823, a similar phrase was used: ‘up to snuff and a pinch about it’. Here, it is believed that the term was used to describe the state of mind of someone who has taken ‘snuff’, a kind of powdered tobacco that was popular in the 17th century and was believed to stimulate brain activity.

At the turn of the 20th century, the term took on an entirely new meaning. All of a sudden, the term was being used as an alternative to the term ‘up to scratch’. This is still the definition being used until today, and the old meaning has become a thing of the past. 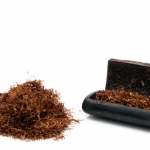 Accent Reduction Idiom 3 – Up the pole 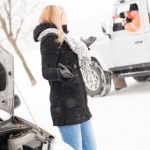 Origin: The term ‘up the pole’ has been used in a variety of situations, most of them not even remotely related to each other. In terms of coinage, here is the succession: