Business professionals and others who speak English as a second language (ESL) know that when speaking, they are likely to be judged by strangers for speaking American English with an accent. Any advantage an ESL speaker can find as they learn to speak English will help in establishing credibility. 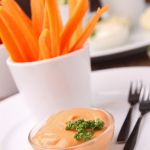 Definition: Buffet as in smorgasbord of food. It’s when food and drinks are laid out in a table or counter where guests or diners can serve themselves.

Why it is difficult: Often, people get confused in differentiating the word – if it’s associated with striking or hitting someone or if it’s the one associated with food. When you use “buffet” as in to describe striking someone with your fist, the “t” at the end is pronounced

[buft-it]. But when it comes to food association, the “t” is silent and the second syllable is stressed, as in /buf-FAY/ and not /BUF-fay/.

Definition: Quinoa is a crop plant. The fruit and seed of the plant are often dried and ground into flour. It’s a high grain staple food in the Andes.

Why it is difficult: The difficulty and mistake are focused on the non-existent middle syllable of the word. People often pronounce the grain as [kee-no-wah].This very old word was first used in Spain between 1615 and 1625.

Definition: Beaten eggs, usually combined with other ingredients and cooked in fat.

Why it is difficult: This English word derived from the French word ‘omelette’ is usually mispronounced because of the middle “e.” In this case, it should be a silent one. So instead of saying [ohm-e-let], the word must be pronounced without the letter “e.”

Why it is difficult: From the old French word ‘coutelerie,’ cutlery is often mispronounced as [kat-LEH-ree]. Not only is this doubly incorrect, the mispronunciation focuses on the second syllable, when in fact the correct enunciation of the word requires emphasis on the first one. 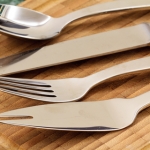 Why it is difficult: The primary reason why people mispronounce this word regularly is due to incorrect enunciation of the first syllable. The first syllable of the word, which is originally a region in Northeast France, must be pronounced as /sham/ and not [tyam] or [cham]. 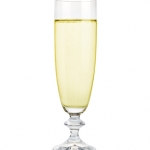