Business professionals and others who speak English as a second language (ESL) know that when speaking, they are likely to be judged by strangers for speaking American English with an accent. Any advantage an ESL speaker can find as they learn to speak English will help in establishing credibility.
Pronunciation is one area that can be significantly refined. Unfortunately, there are many words in the English language that are mispronounced by both native English speakers and foreign English speakers, many times without the individual being aware of the inaccuracy. These mispronunciations have become commonplace, but our blog may be able to help some individuals make some positive changes.
Below you will find a few commonly mispronounced words picked by our clients at Accent Pros. The example is linked to dictonary.com and includes an easy to understand representation of how the word is supposed to be pronounced using the International Phonetic Alphabet (IPA). We also provided a second explanation using a spelling pronunciation guide. If you want to hear how the word is pronounced, simply click on any of the given words and you will be redirected to dictionary.com where an audio version of the correct pronunciation is provided. 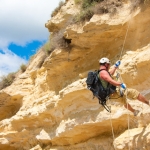 Definition: This commonly mispronounced word is the name of a valley in California, which is part of a national park with the same name.

Why it is Difficult: What could be causing the confusion here is the presence of the ‘e’ both at the end and at the middle, often prompting people to pronounce it as

[yows-uh-mayt] or [yows-mayt]. However, the origin of the name that means ‘they are killers’ is pronounced as /yohhe’meti/, a name given to natives of the region.

Definition: Greenwich is a borough in Southeast London, which was made famous for the fact that it lies right at the prime meridian. This is why the basis of time zones around the world comes from GMT, the Greenwich Mean Time.

Why it is Difficult: Although the letter ‘w’ is not exactly a letter that is often considered as silent, it is exactly the case with this word. The name comes from the old English name ‘Grenewic’ which means ‘Green Harbor’.

Definition: The Arctic is a polar region located at the northernmost part of the Earth 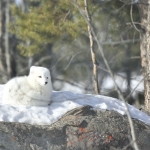 Why it’s Difficult: Just as the ‘w’ in Greenwich is often mistaken as a silent letter, the same is the case with the first ‘c’ in arctic. This mispronunciation may have come from the Middle English word ‘artik’ or the Middle French term ‘artique’, which are also terms used for the region around North Pole. The ‘c’ was restored from the 1550’s onwards.

Definition: Illinois is one of the 50 states in Midwestern United States 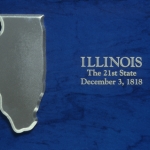 Why it Is Difficult: Once again, a silent letter causes people to mispronounce the name as [il-uh-noiz]. The name came from the Inoca, a name that some native Algonquian people called themselves. One form of the name was ‘Ilinouek’, which was pronounced as ‘ilinwe’. The area was admitted as a state in 1818.

Definition: The second largest city in the United States, Chicago is found in Northeast Illinois.

Why it is Difficult: Mispronunciations occur when people say a hard ‘ch’ (as with chalk or chair) instead of a soft ‘ch’ sound. Its origin is traced back to the Canadian French terms ‘place of the wild onion’ (sheka:ko:heki) or ‘place of the bad smell (shika:konk).