Ahoy! Take a look at these nautical idioms to help improve your American Idiom skills.

Definition: Used in reference to a meeting area or living space that is so small and compact people have little room to moving about, leading to feelings of isolation or panic. When considering the context in which this idiom may appear, it may be helpful to picture situations where people are grouped in cramped, tight spaces. Examples include elevators, escalators and subway cars 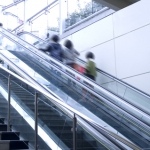 Example: There were so many people in that concert that they were all chock-a-block by the time the band was in full swing and it was really uncomfortable.

Origin: Surprisingly, this idiom has a sea-faring origin. The word “chock” here is used much in the same way as in “chock-full” which means jam-packed or filled to the brim. Conversely, you have the word “block” which refers to pulley blocks of the tackle which are used to haul things throughout the ship. When the men pulled the ropes and the load would go as far as possible, the pulley blocks would no longer move.

Nautical Idioms 2 – Give a wide berth

Definition: To imply that something or someone should be given a wide distance; to be avoided if at all possible.

Example: She is having a very bad day and has been snapping at everyone, which means that you guys might want to give her a wide berth until the mood passes. 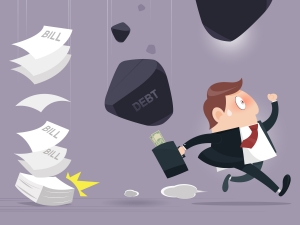 Origin: This is another idiom that has a seafaring origin and is also found in phrases like “keep a wide berth of,” “give a wide berth to,” etc. In modern times, a berth refers to the space where a ship is moored but historically, it referred to any space or area where a ship could potentially be moored The phrase is thought to be derived from the word “berth” which means “bearing off.” When sailors wanted to keep a wide bearing from something, they had to guarantee they had enough clearance space. The term dates as far back as the 17th century, though forms of it were used as early as the 16th century.

Nautical Idioms 3 – Broad in the beam

Definition: This is an idiom that is used to refer to people who are wide at the hips and thighs. 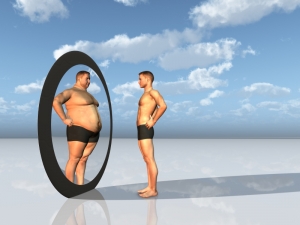 Example: Yes, he does have wide hips and thighs but he will be offended if you tell him that he is broad in the beam.

Origin: According to nautical terminology, a “beam” is the widest point of a ship. The phrase has always been used by sailors to refer to the beams of the ship but the figurative use came to be only in the 20th century, such as in Hans Frost written by Hugh Walpole in 1929. He talked about ample body measurements and the term stuck.