Shiver me timbers! Who knew that knowing these American Idioms can help out your English skills in the work place and community?

Definition: Describes a state of abandonment or feeling left behind in a conversation due to the lack of knowledge about a given subject

Example: After weeks of sweet courtship, Jim’s object of affection just left him high and dry without any explanation. 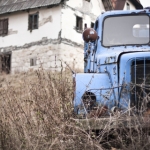 Origin: Most people believe that this phrase originated from situations where boats would become stranded on the seashore when the waters of the seas would fluctuate unpredictably. When a boat is left very close to the shore during high tide and left there until the tide recedes, it is considered to be “high and dry” until the waters rise again. Interestingly this phrase is close to 215 years old. In the 18th century it was used in the context described above. Eventually, the phrase’s meaning was extended to refer to any hopeless situation.

Definition: This is an idiom that means a person knows how to do something and is well acquainted with all the methods required to accomplish that.

Example: Tell Kim that she has to know the ropes before she is allowed to interact with and take orders from the customers. It’s going to be so busy today we can’t afford any lags in service.

Origin: The origin of this idiom is not really very clear but most experts agree likely has nautical origins. Years and years ago, sailors needed to learn which ropes were used to raise the sails and they also had to know how to use different kinds of knots. Another suggestion as to its origin states the phrase has roots in the theater world. Ropes were also used to raise sceneries, close the 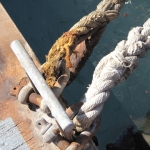 curtains and other basic tasks. Therefore it was important for people who worked in the theater to know which ropes to operate depending on the situation. The reference was first found in Richard H. Dana Jr.’s Two Years Before the Mast which was published in 1840 and it clearly had nautical allusions.

Definition: An exclamation used to express surprise and/or annoyance .

Explanation: That man from the HR is really quite annoying! Shiver my timbers, I’d rather not go into details about why he always manages to annoy me so much. 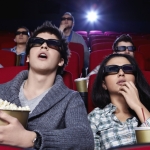 Origin: Robert Louis Stevenson used this expression when he wrote Treasure Island in 1883. However, the very first use of this expression was first recorded in Jacob the Faithful which was written in 1834 by Frederick Marryat. As far back as the 14th century the word “shiver” meant to “break into pieces” The phrase used in this context can be found in a number of old English texts.