The Clint Eastwood directed film American Sniper was given a worldwide release on January 16, 2015, and–as of this writing–has generated $247 million at the American box office. American Sniper, the biographical war film is based on the experiences of the late US Navy Seal Chris Kyle, who is regarded as the most lethal sniper in United States Military history. Actor Bradley Cooper’s portrayal of Kyle on the screen has been praised by critics and viewers alike, with many of Kyle’s friends and family members saying that every aspect of Cooper’s portrayal reminded them of Chris Kyle. Cooper’s dedication to preparing for the role of Chris Kyle in every respect, including mastering Kyle’s Texas accent, should serve as a reminder to those who wish to learn to speak English that reducing one’s accent is an endeavor requiring persistence and patience. It is a process that involves both the body and mind.

The techniques employed by Cooper for this role in American Sniper can be classified under the collective term method acting. A method actor or actress believes that in order to achieve a realistic performance they must make every effort to become the character they are playing and thus make the necessary changes to their physical appearance, consider their character’s mindset, manner of speech, dress, and anything else that makes the character real in their mind.

Cooper worked with trainer Jason Walsh over the course of three months and followed a strict 6,000 calories per day diet, which was complemented by an extensive weight training program lasting 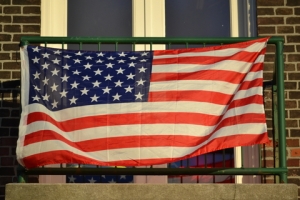 All this effort to transform himself physically would have been for naught if Cooper were unable to portray Chris Kyle’s distinctive Texas accent. Longtime Hollywood dialect coach Tim Monich, who has been previously profiled on Accent Pros, moved to the Los Angeles area per Cooper’s request and worked with him on the intricacies of Kyle’s Texas accent. Although Cooper’s four hour sessions with Monich each day were set between the aforementioned workout sessions, sniper rifle training and interacting with Kyle’s family and children, mastering Kyle’s accent remained a top priority.

Character Accents Have to Feel Natural

Cooper downloaded audio of Kyle’s voice compiled from countless hours of interviews and videos of Kyle onto his iPhone and iPad. From the moment he woke up in the morning, Cooper listened intently to the natural intonation and tone of Kyle’s speech through earbuds. Actors who must continuously use an accent for their character that is far removed from their native accent during a movie often find that it difficult to switch between their native accent and the character’s at a moment’s notice.

Constantly transitioning between one’s native speaking voice and a character accent increases the chance that something subtle, such as the pronunciation of a particular vowel sound or placement of the tongue during pronunciation, could be negatively affected when an actor speaks in character. One of Tim Monich’s core beliefs regarding dialect is that an actor must practice until they can speak in their character’s accent without consciously being aware of it. In other words, the accent must feel completely natural to them.

Those looking to reduce their accent should also be mindful of how their voice sounds at all times. Note any changes in the pronunciation of specific words, which syllables in each word are stressed and unstressed, as well as the placement of your lips and tongue when speaking.

To the surprise of many who worked on American Sniper, Bradley Cooper made it a point to always speak in Chris Kyle’s accent when on the set, and occasionally off it, as he mentions below. Staying in character not only kept Cooper from lapsing into any bad pronunciation habits that he may be prone to when speaking normally with his Philadelphia accent, it also helped him maintain the concentration necessary to believe he was Chris Kyle for the duration of the film’s production.

Learn to Speak English: Where to Learn More