Kill the Goose that Laid the Golden Egg – Idiom

Kill the Goose that Laid the Golden Egg – Idiom

Idiom: kill the goose that laid the golden egg

The business world is defined by risk, and those who take risks and have their boldness pay off in the form of a bigger paycheck, promotion, or a burgeoning stock portfolio are celebrated. In these situations, discussion of the inherent risk faced by the individuals involved is often ignored in favor of a narrative where they had the foresight to predict an outcome that no one else saw coming. On the other hand, taking a risk without first considering the potential consequences can have long lasting implications, as the idiom below implies.

Definition: When one inadvertently ruins a favorable situation by striving for something greater

Example: “Leaving the job of a lifetime now is like having to kill the goose that laid the golden egg.”

Origin: The expression comes from a popular fable written by Aesop. It tells the story of a couple whose goose started laying a golden egg each day. Although this was great news considering that they were not really well off to start with, they felt that the goose was not laying the golden eggs fast enough. They became greedy and wanted to get rich faster, so they decided to cut the goose 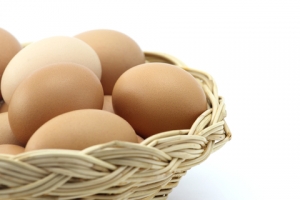 open, believing that it might be full of gold inside. This assumption proved disastrous and they ended up killing the exact thing that has been giving them their gold and thus a potential source of income each day.