If you stop to think about it, many slang phrases in the American lexicon originated as song lyrics. The majority of these seemingly fall out of favor as quickly as they appear. Part of this has to do with the fact these terms become dated, thus dating the person who uses them frequently and giving the impression to listeners that a speaker is trying too hard to be informal in their speaking manner. On the other hand, there are examples of some slang terms, such as “hit the road” that remain relevant because they can be used in a variety of situations and aren’t considered as being tied to a certain time period.

Definition: “Hit the road” is a fairly common English phrase. It means to leave or to depart. It is typically used when someone is going on a road trip, hence “the road.” it’s one of those travel idioms that aptly describes someone leaving to start a journey. A good sentence example of this idiom is this: 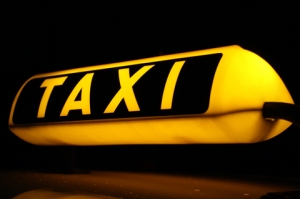 Example sentence: “I would love to stay for one more night to enjoy your company, but I have to hit the road while there’s daylight left.”

Curiously enough, the origin of the idiom “hit the road” has nothing to do with people embarking on a journey. The phrase was originally used to refer to horses’ habit of leaving their biological dirt before being used as transportation. Slowly, the phrase began to be used by people who wished for someone to leave abruptly.

These days the term has become a more acceptable, albeit, informal way of saying that it’s time to leave, although it retains overtones associated with the original, sarcastic meaning of the phrase.