Warning: Use of undefined constant mc_ps_parse - assumed 'mc_ps_parse' (this will throw an Error in a future version of PHP) in /home/customer/www/accentpros.com/public_html/wp-content/plugins/parse-shortcodes/parse-shortcodes.php on line 16
 Stone the Crow - "Stone" Idioms - Accent Pros Skip to content

The phrase “Stone the Crow” may be known to a subset of heavy metal music fans, as a song by this title was released as a single in 1995 by the New Orleans based band, Down. Given the way that the English language is constantly evolving due to the ever present influence of social media however, it’s surprising that “stone the crow” hasn’t had a rediscovered run of popularity as a slang term. 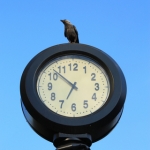 The idiom “stone the crow” is a phrase used when conveying annoyance or utter exasperation. It’s also often used to express incredulity or skepticism over an outlandish action or event.

Here’s how the saying can be used in a sentence:

Example: “I can’t believe she agreed to marry him even with his notorious cheating ways – might as well stone the crow now!”

Origin: Though the first known citation of the phrase was in 1924 from the book Rose of Spadgers by C.J. Dennis, the etymology of “stone the crows” is vague. Because of its undetermined source, the saying has a number of possible derivations. The most straightforward suggestion, which also happens to be the most plausible of all, is the one connected with the practice of throwing stones at crows. It is also noteworthy that many etymologists believe that the saying originated in Australia. It is possible that its Australian root has a lot of credibility in it since the phrase is parallel to some other Aussie idioms, like ‘stiffen the crows’ and ‘spare the crow.’