In today’s idiom post we are going to be examining the meaning and origin of the phrase “ a whole new ballgame.” A common variation of this phrase is “a whole ‘nother ball of wax.” While the latter phrase is certainly more formal, they both used to emphasize the sharp contrast between one or more situations, or in a business context, that the person in question is not prepared for what they are about to face. As implied in the name however, this expression is most commonly used to baseball or other sports whenever a team rallies from a large deficit.

The expression “a whole new ballgame” is used to denote a sudden change in fortunes, or the transition to a different career, responsibility etc. It often emphasizes how one of the two situations being compared is far more difficult for the person involved, or is something that he or she knows very little about. 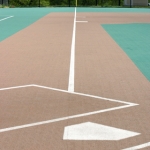 I was undoubtedly great in my chosen field, but when I was promoted and given additional responsibilities, I realized that it was a whole new ballgame.

She was always an independent kid, but it became a whole new ballgame when her parents died in a car accident and she was left to fend for herself.

There is no clear origin of the idiom “a whole new ballgame”, but it is an expression that could reference gameplay in sports, particularly baseball. Similar to the expression “a different ball game”, it is often used in baseball games to describe the sudden change in scenario within the game. If for example, a team that was initially losing rallies to take the lead late in a contest, the announcers often say something to the effect of, “ it’s a whole new ballgame”.