In today’s idiom post we are going to be examining the meaning and origin of the phrase, “well heeled.” This phrase likely isn’t as well known as other idioms referring to the wealthy and those born into inheritance, including “born with a silver spoon”, simply because when taken out of context,  the phrase remains ambiguous enough where it could be used in a number of situations. Interestingly, the word “heeled” itself has two distinct meanings, while the origins of the phrase “well heeled” can to traced to literature from the 1800’s.

As you contemplate whether you’ve ever heard this phrase in casual conversation, read on to learn about the phrase “well heeled”

People who are described as well-heeled are prosperous and have money in abundance. They are wealthy, well provided for, well-off, or rich.

She actually comes from a well-heeled family, which should explain her everyday ensemble of signature clothing from head to toe.

To fully understand the meaning of ‘well-heeled’, it must also be shown that the word ‘heeled’ alone actually has different meanings. It could mean being provided with money, being equipped with a weapon, or used in reference to a spur tipped boot heel.

The term frequently refers to those who are wealthy, or currently in a stable financial state. In Bound in Shallows (1897) by Eva Wilder Brodhead, a line reads:

“I ain’t so well-heeled right now.”

Saying that the speaker is not well-heeled meant that she was poor. During those days, poor people did not have access to decent footwear. Therefore, it is often believed that this is where the 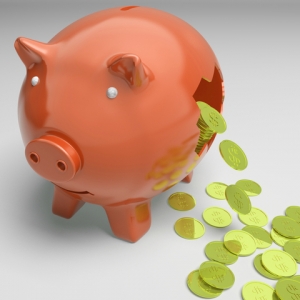 connection of the idiom ‘well-heeled’ to being financially well-off came to be.

In earlier literature however, the term was also used to denote those who were equipped with a revolver. In Undeveloped West (1873) by JH Beadle, he writes:

“To travel long out West a man must be, in the local phrase, ‘well heeled’.”

Still earlier than this, in 1866, the Dubuque Daily Herald also printed:

“They resembled dung hill chickens thrown into the pit with their natural spurs, to meet and contend with game cocks well heeled. One stoke puts them to flight, squawking as they go; they cannot stand steel.”

Here, the term is clearly used on relation to the spurs used during cock-fights.