Imagine for a moment you are sitting in your cubicle at work and you overhear a conversation: should your company should continue to sell to the same consumer base, thus ensuring a marginal profit, or try to go after a different demographic. Due to the inherent risk and weight of this decision, expressions such as “fifteen minutes of fame” are being thrown around. Do you actually know what this term means? The origin behind it? In today’s competitive business environment you must have a working understanding of the business jargon related to your industry, or else you risk being taken advantage of. Read on to increase your general knowledge of American business idioms.

The term ‘fifteen minutes of fame’ comes from a commentary by Andy Warhol about how long anyone stays in the spotlight at any given time. 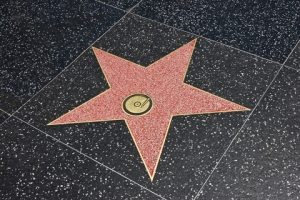 She got her fifteen minutes of fame when the reporter found out that she was quite a close friend of the murder victim.

Andy Warhol is best known for his visual art movement that came to be known as ‘pop art’. His work was especially popular and trendy during the 60’s.

In 1968, Warhol had his very first international retrospective exhibition in Stockholm at the Moderna Museet gallery. Looking inside his exhibition catalogue, people saw the quote that would become one other reason for his fame, aside from his art:

“In the future everybody will be world famous for fifteen minutes.”

Although Warhol had a lot of quotations, this was by far the one that was most widely used, especially when it eventually evolved into the expression that we now know so well.

In an interesting turn of events though, Warhol’s line proved to be quite prophetic. He reiterated this in a few interviews in 1979, saying that his prediction has actually come true.

Of course, that was during the late 70’s. Seeing the world as it is today, it does seem that many people now have fifteen minutes of fame, much of it unwarranted. However it could be argued the fame window for a majority of these individuals is shorter than 15 minutes thanks to the ever changing list of trending topics on social media sites such as Facebook and Twitter.