How to Speak English: Mispronounced Words 6

How to Speak English: Mispronounced Words 6

The time has come for you to learn how to speak English with an Americanized, neutral accent. Initially the process may seem overwhelming, causing your mind to conjure up visions of sitting in an office repeating a textbook list of words and phrases ad nauseam, in the vain hope that you’ll see  minimal improvement at best. To be sure, lists of so called “vocabulary words” can play a prominent role in a client’s accent reduction sessions, but these lists are usually personalized to help the client address specific words they are having difficulty with. They are merely used as reinforcement which builds upon what the client already knows about the rules governing English, rather than serving as the basis for therapy.

You can aid your accent coach in getting a feel for what English words you struggle with by mentally making a note of them or writing them down on a piece of paper, while also taking into consideration factors such as: what portion of the word was mispronounced, your emotional state when this occurred and how you felt immediately after mispronouncing the word in question.

Do you have a tendency to mispronounce any of the following words?

Ironically, some people have actually become so sure of the word’s meaning, they unconsciously change its enunciation to reflect its definition. Yes, “utmost” is a word (an adjective) which is synonymous with “greatest.” The latter word promptly calls to mind some tangible over-the-top hierarchy, as well as the word “upper”. However, always keep it in mind that the second letter of the word is T and not P.

To say it correctly: Always think of the second letter in this word–T. It’s pronounced utt-most, and not up-most.

Learning how to properly use this word helps during school debates and political discussions. Grade school English teachers explain it best: when you see the word “candidate”, just think of “Candy Date.” It’s that simple and sweet. 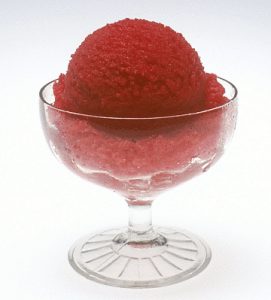 This is among the most commonly mispronounced words in the English language. The mispronunciation has become so pervasive that many people now misspell the word so that it fits with the (mis)pronounciation. Contrary to what you may have been lead to believe, there is only one ‘R’ in the word sherbet.

To say it correctly: Think about the spelling of the word: single R. Say sherr-bet, and not sherr-berrt

For all intents and purposes

Common mispronunciation: For all intensive purposes

Younger people are mispronouncing- and misspelling– this expression at such an alarming rate it has quickly become an notorious error seen in school papers and resumes . While “intensive” is a real, valid word, the saying is centered around the word “intent.

To say it correctly: Just be mindful of the words “intents” and “intensive.” It’s always the former, never the latter.