The Importance of Idioms

Modern technology has become such an ingrained aspect of our day to day interactions with people from both a professional and social standpoint. It’s not difficult to envision a scenario where picking up the phone and calling someone would be considered a last resort means of communication.  Socially, individuals routinely communicate via text message,  video chat service, social media, or e-mail in the name of convenience . Consequently, technology and social media are the catalyst behind the creation of new slang, terminology, and language added to American English dictionaries. Many of these phrases  enter and exit the general lexicon so rapidly that it can be difficult to keep up with the constantly evolving language. Accent Pros’ idioms series endeavors to  give our clients a working understanding of not only the most common American idioms, but also any new and important business terms suggested by our clients. Today’s post focuses on idioms related to relaxation and one’s personal ability  to perform an assigned task.

To Blow Off Steam

Definition: To relax by doing something that is fun and calming.

Example sentence: “This week has been hectic. I’ve been working very hard. I really need a rest.”
“I need to blow off some steam, so let’s go see a movie!”

Origin: In steam heating systems and other steam powered systems such as steam train engines, boilers are a fixed occurrence. The boilers contain water heated through the burning of fuels such as oil or coal. This heated water turns into steam, which can be sent to different parts of the heating system or engine. Conversely, the steam may also be used directly to heat up the environment.

Some steam; however, tends to be left behind in the boiler. This steam, when accumulated, creates a lot of pressure. If the pressure exceeds a certain limit, the boiler may be in danger of exploding. Hence, boilers are equipped with features that allow them to “blow off steam”. Likewise, a person under much pressure needs to unwind and “blow off steam” so that he/she does not undergo a breakdown.

Definition: To be skilled or capable enough

Example sentence: Don’t worry! Any accountant worth his salt will be able to maintain your accounts.

Origin: Salt as a commodity is inexpensive today; however, this was not always the case. In earlier times, salt used to command a high price and was considered a luxury similar to silk in its value.

Before refrigerators changed the way people store and preserve food items, salt used to be the most common preservative. This ensured that the demand for salt were always fairly high. Salt as a taste enhancer also had its own importance, keeping  the demand for salt high even after the advent of refrigeration. While the demand remained high, extraction of salt remained an expensive process. Modern methods of obtaining salt have reduced the costs associated with salt extraction, but this was not the case in early times. In early times, obtaining salt from mines required huge efforts and thus was costly from a financial and time standpoint. Because of its value, salt was also used as a medium of exchange. Roman soldiers used to receive an allowance of salt as a fraction of their pay. The word “salary” is derived from the Latin word “salarium” meaning “of or pertaining to salt” providing a direct equivalence between a quantity of salt and the worth of a person. 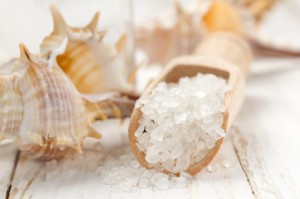 From Stem to Stern

Definition To be thorough or complete in thought or action

Example sentence: I will search the whole house from stem to stern for my glasses! 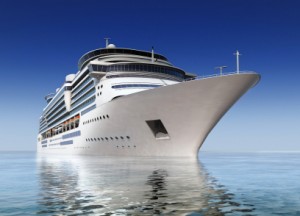 This is just one entry in our continuing series on common English phrases and American Idioms. Be sure to review other posts in the series and check back often as you learn how to utilize various idioms in proper context.  If you are interested in  pronounciation lessons, take the initial steps towards clearer speech today with a complimentary accent reduction tutorial or any of our specialized online accent reduction courses for students all over the world.