Many of our clients with accent reduction goals have advanced degrees and have excellent command of the English language. Given the constantly evolving state of the English language, they may not understand informal slang used during workplace conversations or on various popular social media platforms such as Facebook and Twitter. Occasionally our clients seeking accent reduction classes will understand the meaning of an idiom, but use it in an improper context or the wrong situation. This mistake could potentially have embarrassing consequences. In our continuing efforts to  feature only the most relevant and practical terms in our accent reduction tips: idioms series, here are some business and memory related idioms. 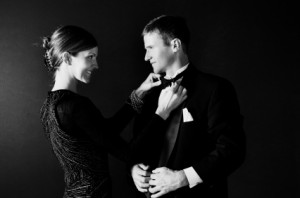 Dressed to the Nines

Definition: To be dressed exceedingly well

Example sentence: Sophia  is dressed to the nines for every party.

Origin: According to tailoring standards, a high quality durable suit requires nine yards of cloth. It is cut in such a way that the fabric, comprised of warp and weft threads.  Weft threads face a common direction while the warp, or vertical threads run parallel to the suit’s  vertical line. This meticulous process often results in a high amount of unused fabric, hence a higher price point that customers are more than willing to pay for if the suit meets their quality criteria. 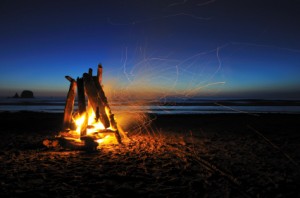 A Burnt Child Dreads the Fire

Definition: One does not repeat painful mistakes

Example sentence: After Sam lost heavily in bets, he stopped gambling. After all, a burnt child dreads the fire.

Origin: This proverb was recorded as early as the beginning of the 14th century in “The Proverbs of Hendyng”. It is similar in meaning to the old expression “Once bitten, twice shy”.  Both may be referring to children only; although the latter refers to a fear of an animal, while the former deals with fire. A similar French proverb: “A scalded dog fears cold water” takes the comparison one step further. This idioms is used to refer to those who have experienced a great loss, difficulty or pain, but will not only avoid such situations in future, they will worry without cause as well. Such proverbs may be used to indicate paranoia.   Almost every language has some form of this proverb. e.g. “One bitten by a serpent is afraid of a rope’s end” (Jewish). “Burnt by hot milk, a man will be afraid to drink cold buttermilk” (Hindi). 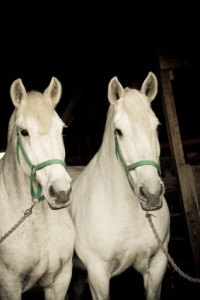 Example sentence: That guy is a dead ringer for your dad. They look exactly alike!

Origin: A dead ringer originally meant a duplicate horse which was meant to fool bookies. These bookies would, before the race started, inspect the horse and thus calculate its odds of winning. Towards the end of the 19th century, race horse owners began to fool the bookies by bringing in two horses that were identical by all outward appearances. One would be slow and the other fast. When the bookie would inspect the horses, he would not be able to distinguish between the two. Before the race, the owner would allow the bookies to inspect the slower horse,  thereby driving up the odds against his horse. When the time came for the actual race, the owner would run the faster horse. A friend would place bets on this supposedly slow footed horse, and they would maximize their winnings. Thus a “ringer” (which refers to an illegal competitor in a sporting event) would be “dead-on”, as in, would be an accurate match. Combining both of them together, one gets a “dead ringer”.