Our clients at Accent Pros have accent reduction goals and 85% have advanced degrees and an excellent command of the English language. Given the constantly evolving state of the English language; however, they may not understand informal slang and idioms that are regularly used in the workplace, conversations with friends, and on various popular social media platforms such as Facebook and Twitter. Occasionally our clients, seeking accent reduction coaching, will understand the meaning of an idiom, but use the colloquial language in an improper context or the wrong situation. This mistake could potentially have embarrassing consequences. In our continuing efforts to  feature only the most relevant and practical terms in our idioms series, here are some business and memory related idioms. 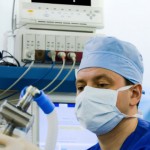 Definition: Being forced to deal with or accept a difficult situation

Example sentence: You’re just going to have to bite the bullet and turn in a report without a quarterly earnings graph.

Origin This idiom is often used to describe situations in which an individual must be forced to accept a difficult reality or choose between two unfavorable outcomes. It can also refer to  showing courage at a time of stress. During the civil war era, doctors from both armies frequently ran out of whiskey that was administered while performing surgeries or amputations without anesthesia, as the whiskey was valued more as liquid distraction agent than for any true numbing sensations it might induce. In place of anesthesia,  the soldier would be given a bullet to bite down on during the procedure; thereby, in theory, allowing the surgeon to operate and cause minimal discomfort to the patient.  The phrase first appeared in print with the publication of Kipling’s 1981 Victorian age novel The Light that Failed,  in this context meaning to show courage. 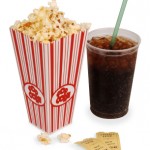 Example sentence: Despite this movie being shot on a minimal budget of only $50,000, “The Blair Witch Project” gripped audiences with its shaky camera presentation and confounding plot, eventually grossing over 200 million dollars.

Definition: A film or product that has become unexpectedly popular thanks to strong reviews, word of mouth, or the emphasis of a particular aspect of the experience. An example includes when Daniel Day Lewis won praise in the movie “Lincoln” from audiences for his ability to portray Abraham Lincoln with a stoic confidence and a historically accurate American accent according to accent reduction specialists. In other cases, the term is used in reference to the latest version  of an established piece of technology  that features a host of upgrades over the previous version, including a wider screen, increased storage space, and a built in camera, etc. Producers of these products; therefore, know in advance there will be wide demand and can plan accordingly without fear of over saturating the market.

Origin: This idiom has its origins in war. The British Royal Air Force (RAF) would use enormous and highly explosive bombs during World War II. These bombs were known for creating widespread damage and eliciting a sense of fear in those who were in the immediate blast vicinity. Over the years, the term has gradually lost its violent connotation and is almost used exclusively in reference to expensive movies, political scandals, or any trade in sports involving upper echelon players. In retrospect, blockbusters are often viewed as having established many features that consumers now take for granted in a particular medium.

Definition: A phrase that refers to the idea that individuals will only look out for themselves in their continual effort to increase their personal and professional status and may frequently resort to compromising or ruining their relationships with family, friends, co-workers, and acquaintances in order to achieve an objective.

Example sentence “I heard your company fired you shortly after your heart attack! It’s definitely a dog-eat-dog world.”

Origin: The phrase was first used in this form during the 1500s in reference to the principle that people only look out for themselves and will do anything to gain an advantage, occasionally sacrificing longtime personal relationships in order to do so. This is often accomplished in such a malevolent way that the relationship is irreparably harmed.