“Where are you from? Has this question ever been asked to you with wide-eyed doubt by a native-born and bred American? If so, then you have to know it is probably because you sound a little American but in a forced kind of way or you could be a mix of several American accents from different states. Either way, it is disconcerting and unnerving to be put in the spotlight this way. It’s like you have to defend yourself and legitimize being an employee, citizen, or legal immigrant.

A phony accent is something a person decides to adopt deliberately. It is not the subtle changes a person adopts from being around Americans. One is contrived; the other is a natural result.

Why Not Just Learn To Speak American English With The Real Accent?

There are businesses that have successfully taught even those with the heaviest of accents how to reduce it and Learn the American Accent, naturally. Why not sign up with one of these businesses and sidestep the horrors of feeling embarrassed when called out?

The problems with a fake accent are: 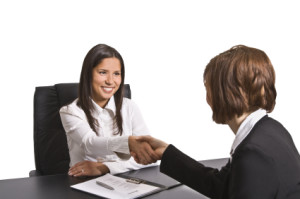 Even more distressing is the fact that it is possible to be passed over for a promotion because of your accent.  According to Professor Diane Markley of the University of North Texas, an accent is a “pattern of pronunciation.” One partner in an executive search firm has even said, “A professional tries not to let an accent get in the way of the hiring decisions. But subtle emotions come into play…Clearly, people make judgments based on accents.”

What can you do to Learn the American Accent?

Interestingly, learning to drop the heavy accent and sound more American is not as hard as it sounds. You can be taught this in a series of quick lessons provided you find the right teacher. You can decide which of our programs then, would best suit your needs. We offer an online starter program and office starter program. Start to Learn the American Accent whenever, wherever!