Many of our clients at Accent Pros, who come in for accent reduction sessions, have advanced degrees and have excellent command of the English language. Given the evolving state of the English language; however, they may not understand informal slang and phrases that are regularly used in the workplace, and on various popular social media platforms such as Facebook and Twitter. Occasionally our clients will understand the meaning of an idiom, but use it in an improper context, which could potentially have embarrassing consequences. In our continuing efforts to feature only the most relevant and practical terms when helping you on your accent reduction goals, here are three idioms that have become standard shorthand in the workplace.

Accent Reduction idiom 1: More Than One Way to Skin a Cat

Definition: When one is faced with a minor or large scale problem that can be resolved a number of different ways. Can also be used in reference to differing opinions on a subject.

Example: Some people practice accent reduction skills through listening to audiobooks, while others prefer reading and viewing words on the page. Either way, when it comes to accent reduction, there is more than one way to skin a cat.

Origin: In the 19th century, cats were skinned to provide the fur for coats that were fashionable amongst women of the period. High demand required suppliers to come up with various techniques in order to get the fur while 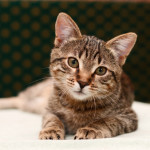 still retaining its quality. The practice of skinning a cat is no longer used, but the idiom has made its way to the mainstream as a way of stating there are many ways how something can be taken care of.

Accent Reduction idiom 2: Get Your Goat

Meaning:  When someone “gets your goat” they have done or said something that annoyed you. Usually this expression is used by ordinarily calm people to indicate that they’ve made their best effort to put up with something that is bothering them, but try as they might, the problem really “gets their goat.”

Example: Don’t let your friends get your goat about the haircut you got this weekend.

Origin: This American accent idiom came from the English but there remains uncertainty as to when it was first used. It refers to how goats would be used in barns to calm cows and make them relaxed and more likely to produce milk. Thieves would occasionally steal these goats to fluster prized cows and make them less likely to produce the same amount of milk. In the early twentieth century, United States, to refer to goats were also used with racehorses, relaxing them prior to a race. Superstition held that if the goat were taken away before a race, the horse would become agitated and run poorly. 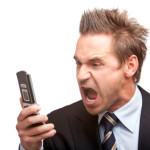 Accent Reduction 3: Off in La-La Land

Meaning: If you are off in La-La land then you are not aware of something that is around you. You are not paying attention to someone, or may be thinking of things that are incredibly impractical to your situation.

Example: Jessica was thinking about her new car instead of staying on task at the office, off in la-la land daydreaming about speeding down the freeway

Origin: La-La land has been referred to as a mental state where one is completely oblivious to the world around them, either intentionally or unintentionally. The term wasn’t used until the 1980s as a reference to the city of Los Angeles the commonly held belief that the people who live in this entertainment-influenced culture are so rich and wealthy that they are out of touch with others.