Many of our clients at Accent Pros, who come in for accent reduction sessions, have advanced degrees and have excellent command of the English language. Given the evolving state of the English language; however, they may not understand informal slang and phrases that are regularly used in the workplace, and on various popular social media platforms such as Facebook and Twitter. Occasionally our clients will understand the meaning of an idiom, but use it in an improper context, which could potentially have embarrassing consequences. In our continuing efforts to  feature only the most relevant and practical terms when helping you achieve accent reduction goals, here are three idioms that have become standard shorthand in the workplace.

Definition: To lose the energy or interest to continue an activity.

Example: I have been working at this project for over two months but unfortunately I ran out of steam right before completion.

Idiom Origin: In the days of steam engines at the end of 20th century, engines would slow down or stop when there wasn’t enough steam. This is how this idiom originated. The first time it was used was in an 1898 edition of The Perry Daily Chief, in an article which describes the struggle of a young lady who almost “ran out of steam struggling to be victorious.” 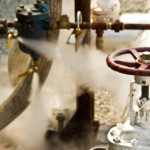 Accent Reduction idiom 2 A Flash in the Pan

Definition: Something which impresses everybody in the beginning but doesn’t fulfill expectations in the end.

Example: Her career was just a flash in the pan.

Origin: The old muskets had small pans for holding charges of gunpowder. When a soldier fired, the gunpowder inside the pan would sometimes flare up, even if the bullet did not discharge. This term has been known since the 15th century, but it was first used with the meaning it has today at the end of 17th century when Elkanah Settle, the author of “Reflections on several of Mr. Dryden’s plays”, used “a flash in the pan” to describe the career of Mr. Dryden who failed to meet public expectations. 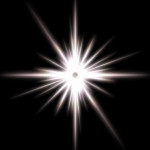 Definition: The minimum amount of resources (especially money) needed to start or sustain a project or an event.

Example: They sold their business due to a lack of critical mass.

Origin: This idiom has thermonuclear and physical roots, representing the smallest amount of fissionable material which needed to start and sustain a nuclear chain reaction. “Critical mass” was used prominently during the atomic age, when the term entered the mainstream through use in the media Researchers believe the term acquired its current meaning between 1950-1955.