All languages can be classified as either stressed timed or syllable timed. Stress timed languages feature syllables that are stressed at regular intervals and for a longer period than vowels in unstressed syllables. Languages that utilize stressed timing are English, Arabic, Dutch, German, Norwegian, and Russian. An example of what these stressed timed languages use would be: Cats chase mice = The cats have chased mice = The cats will chase the mice. Even though all three phrases are of different length, the timing is roughly the same for all. Why? It is due to the equal number of stressed elements in each sentence: cats, chase, and mice (3).

The vowels in unstressed syllables are pronounced as a schwa, or shortened vowel sound, creating a speaking cadence that naturally emphasizes only the most important information to a listener.

Syllable timed languages stress all syllables equally. These distinctions were first outlined in studies by Kenneth L. Pike in 1941, later expanded and revised in subsequent studies by Ambercrombie, Hockett, and Catford among others. Spanish was one of the first languages whose classification was called into question, as Pike considered Spanish to be a strictly syllable timed language while Pointon concluded Spanish had no consistent rhythm and thus couldn’t be classified as either stressed timed or syllable timed. Similar opinions were formed in regards to Italian and other languages, causing others to doubt the viability of classifying languages. 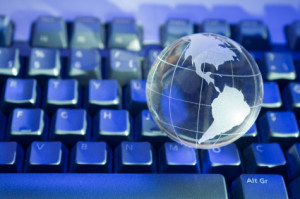 Since the 1980s phonecians have acknowledged Ambercrombie’s classification system did not reflect the fluid nature of language. Languages are now placed on a continuum ranging between the two absolutes established by Pike and Abercrombie. A language’s position on the continuum is heavily influenced by a number of factors, including fully enunciated vowels in unstressed syllables.

When vowel shortening occurs, the process is governed by compensatory shortening: the degree to which stressed vowels are shortened is dictated by the number of subsequent unstressed vowels. Intrasyllabic shortening involves the condensing of phonemes in proportion to the total number of phonemes. However it has been argued by a vocal minority that English, a long established stress timed language, also exhibits some of the intrasyllabic tendencies and general traits seen in syllable timed languages, galvanizing fresh debate over what constitutes a syllable timed and stressed timed language. Considering that none of the conclusions generated by linguists over the years have escaped scrutiny, it seems safe to assume language will be forever relegated to the realm of perception.

Accent reduction is more than just pronouncing the consonants and vowels correctly; it is also focused on rhythm, stress, and intonation. After reading this article on the timing in languages (rhythm), perhaps you can consider taking your accent reduction a step further. By applying the correct rhythm to the English language (stress timed), your goal of sounding more Americanized will take shape. It is an important aspect that most people learning accent reduction overlook.

Need help learning this step in accent reduction? Accent Pros can help! We offer online and in office starter programs. Most individuals complete twelve accent reduction classes because of our evidenced based approach. To date, all of our accent reduction students have decreased their accent by 50% or more within twelve sessions!