Learn to Speak English: The Power of Television

One of the key points we hope you take away from our accents in advertising article series is the idea that you can learn a great deal about how to speak English just by watching commercials on TV, a part of the medium that is often ignored by native speakers. Even though you may not retain any English words you can use during conversations from advertisements, much of their appeal is achieved through subtle factors that are just as critical as the words being used, including tone, vocal inflection and volume. 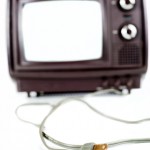 Because the American television landscape is seemingly becoming overrun with reality shows featuring contestants who speak to the viewer through “talking head” interviews, it can be difficult to find a show that is entertaining while also enabling you to learn to speak English due to its portrayal of realistic dialogue.  However, in many cultures television is the first place where people  are exposed to English on a regular basis. Although this may give people a stereotypical view of the many dialects in American English, they are able to learn to speak English quickly.

Native residents of Scandinavia and Holland have a built in advantage compared to other people around the world who are starting to learn to speak English  in that their imported English language programming isn’t dubbed by native actors. Programs are aired in English with subtitles. Scandinavians are able to hear the natural rhythm of English from an early age, a critical period in language development, and thus have a better chance of sounding like native English speakers.  If you would like to learn to speak English using television but believe you don’t yet know English well enough to avoid feeling overwhelmed, an option would be to watch English TV shows with subtitles in your native language.

This ABC comedy is currently in its fifth season and aims to show that blended families from different cultures and backgrounds can coexist despite some hardships along the way.

Those who are beginning to learn to speak English will likely indentify with the character of Gloria Pritchett, the Columbian wife of Jay Pritchett and mother to Manny Delgado. The show frequently makes fun of Gloria’s use of malapropisms. As seen in the video below, malapropisms  can occur in any situation and when they do, it’s best to focus on the overall intent of your message instead of becoming self conscious over mispronouncing a couple of words.

Learn to speak English: some malapropism examples in the video:

If you found this learn to speak English article helpful, there’s more to come your way! To stay on top of the learn to speak English news, follow us on Twitter, like us on Facebook, connect with us on LinkedIn, and Meetup. If you’re in need of Accent Pros’ services, try our free screening that shows you your accent severity on a scale of 1 to 7. We also offer both online and office accent reduction programs that have had at least a 50% or more accent reduction rate after 12 sessions.