Learn to Speak English: Finding the Humor in English part 4

Learn to Speak English: Finding the Humor in English part 4

Learn to speak English: Is there an acceptable way to make fun of accents? 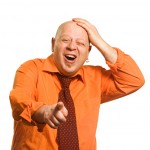 In November 2011, UK Prime Minister David Cameron ignited a media firestorm when he imitated Australian Prime Minister Julia Gillard’s accent during a foreign policy speech at the Lord Mayor of London’s banquet. Cameron’s hackneyed impersonation was an intended punch line to a recollected conversation he had with Gillard about a recently passed ruling between commonwealth leaders to change the long standing rules of succession. This change would allow the potential first born daughter of the Duke and Duchess of Cambridge to become the Queen. Cameron told the assembled audience Gillard believed this was, slipping into an Australian accent, “Good news for Shelias everywhere.”

While the joke was received well enough by those in the room, saving Cameron from a potentially awkward moment, the Australian media was quick to refer to it as “one of the worst Aussie accents in history.” The incident also brought to light a situation foreigners who are trying to learn to speak English with an American accent understand far too well: The tendency for people to mock–in a kindhearted or cruel way–accents they are not familiar with. Such behavior then leads to the question: Is there a truly acceptable way to make fun of a person’s accent?

Learn to speak English: comedy is in the eye of the beholder

Often when someone makes fun of another person’s accent, it is done as a way of ingratiating themselves to someone who otherwise might feel uncomfortable around them. As demonstrated in the example above however, if a person happens to make an accent related joke, they must be willing to deal with the consequences if it fails, or “bombs” in stand-up comedy speak. According to stand up comedian  Sean Ruttledge, the key to comedians and other professionals delivering material that has the potential to offend is to just do it, albeit with a certain amount of confidence and defiance. This helps the performer communicate to the audience that they know what they are talking about is risqué and may offend some people, but they are going to talk about it nonetheless.

This is not to say you shouldn’t feel offended if someone makes fun of your accent, such as when you learn to speak English. However before jumping to conclusions, try to factor in who is talking to you, whether you believe the teasing is malicious or friendly and overall tone of voice. Television also plays a role in determining which accents are acceptable fodder for comedy. For example, if you are from Ireland and hoping to learn to speak English with a standard American accent, you likely wouldn’t be surprised if one of your friends were to  joke about the Irish people being lucky, given this is how the Irish are normally portrayed on American TV. Comedians who rely on imitating accents as a big part of their act need to be able to read an audience during their performance, as some audiences are more tolerant of accent related humor than others.  While you learn to speak English, try to adopt a comedian’s fearless attitude and try talking to people outside of your comfort zone. Compare and contrast how your speech was in each situation, such as talking to the bank teller versus a member of your family. Pay attention to how you felt during each interaction as well. Were you happy? Nervous? Excited?