Warning: Use of undefined constant mc_ps_parse - assumed 'mc_ps_parse' (this will throw an Error in a future version of PHP) in /home/customer/www/accentpros.com/public_html/wp-content/plugins/parse-shortcodes/parse-shortcodes.php on line 16
 Accent Reduction: Friendship Idioms Skip to content

Definition: The idea that one doesn’t know who their real friends are until they encounter a period of struggle or hardship, at which time true friends will be there to support them. 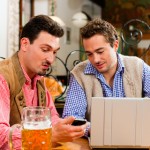 Example: I didn’t know where to start, but my friend helped me find a great accent reduction program. A friend in need is a friend indeed!

Origin: One variation of the phrase dates back to the 3rd century with BC. Quintus Ennius’ writing “Amicu certus in re incerta cernitur”, meaning “A sure friend is known when in difficulty”.

However, the Oxford Dictionary of Quotations notes it to have been used only in the 11th century. Caxton’s Sonnes of Aymon’s contains the earliest known version of the phrase which dates back to 1489. The original passage read: “It is sayd, that at the need the frende is knowen”. It also made an appearance in 16th century when John Heywood presented “A Dialogue Conteynyng Prouerbes and Epigrammes” with the actual quote “Prove thy friend ere thou have need; but in-deed; A friend is never known till a man have need.”

Definition: An idiom often referring to a dogs, who are thought to be to be a man’s closest friend.

Example: His pet was waiting for him to come home. A dog is truly a man’s best friend.

Origin: The idiom “a dog is a man’s best friend” originated in Warrensburg, Missouri when a farmer shot a dog that belonged to his neighbor, which prompted the neighbor to sue him for damages. The lawyer handling the 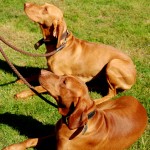 case, George Graham Vest, gave a speech entitled “Eulogy to a Dog” which induced tears among the audience.

Lines of the speech include “Gentlemen of the jury, a man’s dog stands by him in prosperity and poverty, in health and sickness. He will sleep on the cold ground, where the wintry winds blow, and the snow drives fiercely, if only he can be near his master’s side.” However, it is possible that the phrase may have started fifty years earlier and read by the town’s senator on Volume 4, 1821 of The New-York Literary Journal, with the words “In every breast, and man’s best friend, dogs often at his heels attend.”

Accent Reduction Idiom 3 – Once More unto the Breach, Dear Friends, Once More

Definition: To persist with something despite difficulty and rejection in hopes of eventually having the effort rewarded. 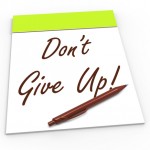 Example: We may not have succeeded this time, but once more unto the breach, dear friends, once more and we might get what we want.

Origin: The phrase can be found in Shakespeare’s Henry V, specifically in the third Act. The speech was first noted in 1598 and comes with the title “Cry God for Harry, England, and Saint George!” The phrase was made more popular by Laurence Olivier’s 1944 film performance. The idiom originally referred to a breach or a gap in the wall of Harfleur City which Henry encouraged his troops to attack for a second time.