Warning: Use of undefined constant mc_ps_parse - assumed 'mc_ps_parse' (this will throw an Error in a future version of PHP) in /home/customer/www/accentpros.com/public_html/wp-content/plugins/parse-shortcodes/parse-shortcodes.php on line 16
 Accent Reduction: Idioms Related to Misfortune Skip to content

Definition: Any misfortune that would make life unlivable; something unpleasant or embarrassing that you do not want to experience.

Example: Dana felt like she was suffering a fate worse than death when her parents forbade her to go out with him.

Origin: The phrase was used in the early days to refer to women and their loss of virginity, with the conservative belief that a woman who has been dishonored is better off dead. Because times are a lot different today, the phrase is used to refer to any kind of misfortune in general, even if it is not in the same context as dishonoring.

Definition: A persistent or desperate hope that is unlikely to be fulfilled; a hopeless or desperate enterprise.

Example: Francine let out a string of promises in the forlorn hope that these would change his decision to leave.

Origin: In the 16th century, “forlorn hope” was used to refer to a group of soldiers who are sent headfirst into battle ahead of everyone else, with very little hope of survival. In the Dutch army, these group of people were referred to as “verloren hoop,” which means “lost troop” when translated literally. However, members of the British military mistranslated the phrase, leaving them with the term “forlorn hope.” Over time, the usage of the term slowly changed and started referring to a condition or something that one experiences instead of being a group that someone belongs to. In 19th century English, the term was used in reference to the literal meaning of both words combined, with “forlorn” and “hope” meaning “lost hope” when used together. 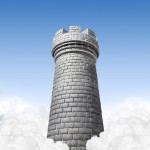 Accent Reduction Idiom 3 Go over like a Lead Balloon

Definition: To be received poorly; to fail to gain acceptance; to fail completely and be considered a flop by the public.

Example: Maxwell decided to go with the same strategy that his opponent was using because he didn’t want his plans to go over like a lead balloon like the last time. 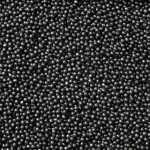 ase was originally seen in a cartoon that was published in US newspapers in 1924, referring to how one of the characters’ plans failed miserably as the stocks that he bought flopped, while the stocks that he just sold left the people who bought them with considerable profit. In the UK, they use the term “go down like a lead balloon” instead, although having the same meaning as the American version of the idiom. The expression is made in reference to lead, a heavy metal element and the irony at which it is used, considering that a balloon would never be able to rise the usual way if it has lead in it.