Many of our clients at Accent Pros, who come in for accent reduction sessions, have advanced degrees and have excellent command of the English language. Given the evolving state of the English language; however, they may not understand informal slang and phrases that are regularly used in the workplace, and on various popular social media platforms such as Facebook and Twitter. Occasionally our accent reduction clients will understand the meaning of an idiom, but use it in an improper context, which could potentially have embarrassing consequences. In our continuing efforts to  feature only the most relevant and practical terms when helping you achieve accent reduction goals, here are three idioms that have become standard shorthand when dealing with emotion  in the workplace.

Example: The green-eyed monster inside of her stirred when she saw them walking hand in hand towards her. 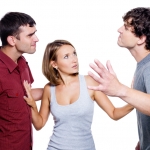 Origin: The color green has always been seen in relation to sickness, as people who fall ill would sometimes have that greenish tinge. This could then be related to the sick feeling that one gets when they feel envy or jealousy.

The actual phrase was first used in Shakespeare’s Othello in 1604 as he described how cats would often mock the mice before they actually kill them. However, the clear relationship between the term and jealousy dates as far back as 1596 in Shakespeare’s Merchant of Venice when Portia declared the line, “And shuddering fear, and green-eyed jealousy!”

Definition: To do something with a lack of effort and enthusiasm; Lacking excitement or ardor; not fully committed.

Example: I made a half-hearted attempt in getting her to open up about her problems but gave up after she resisted.

Origin: It is quite possible that the term “half-hearted” stems from the term “whole-hearted.” The latter shows a level of enthusiasm, while by the former shows a considerable decrease of excitement in comparison. 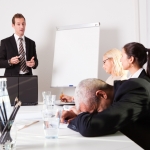 Half-hearted is also seen as an inference to the term “faint-hearted.”

The use of the term “half-hearted” started in the medieval period, with the heart being seen as the very source of every person’s entire being. Building off of this idea, it is said that the state of one’s heart will be evident in the person’s behavior and attitude.

Possibly one of the first times that the term occurred in print was in 1611, in John Florio’s Queen Anne’s New World of Words. This Italian-English dictionary described “half-hearted” as a semicorde and a coward.

Definition: To be very much in love; Turning cartwheels to demonstrate one’s excitement. 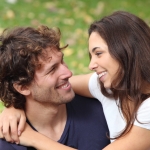 Example: They have fallen head over heels in love with each other despite having spent only a short period of time together.

Origin: The phrase “head over heels” was originally coined as “heels over head” which was used to describe how a person falls literally, with the possibility of one’s feet going up in the air. Towards the end of the 18th century, the term was inverted and was used not to describe the literal fall but the feeling that goes with being in love.

It was first used in 1771, within Contemplative Man by Herbert Lawrence, as he described how a man went head over heels when he received a kick in the face. When used to describe falling in love however, it joins a list of other idioms that make very little sense. After all, the head is actually found over the heels. This reinforces a state of obviousness or redundancy.