In today’s globalized world, there a need for businesspeople to be fluent in a secondary language. English is turning out to be the preferred secondary language in professional settings. Consequently, there has been a massive increase in the number of people that undergo ESL courses and English accent training in order to achieve an American accent. Recent studies have shown that people who speak English as a second language, especially in business, are generally overlooked and passed over when it comes to top managerial jobs and executive spots.

The role a prospective foreign job applicant’s accent plays in this decision has yet to be fully determined. However there is evidence to suggest that foreign accents leave a bad impression on native English speakers, even when the applicant has minimized their accent with English accent training 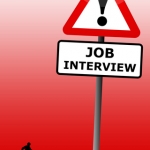 Laura Huang and her colleagues decided to test their hypothesis by conducting two experiments. In the first, they recruited business students who came from various ethnic backgrounds and told them they were assisting a company that wanted to gather feedback on its hiring process. They were given resumes and photos of job candidates, a job description, then made to listen to four random audio recordings of people who spoke English as their native language and two that spoke English with foreign accents.

As predicted in the original hypothesis, the business students gave higher overall ratings to the native English speakers and said they would be more likely to recommend hiring these individuals. Conversely, non-native English speakers were rated as having weaker political skills, regardless of their race or potentially high scores in the areas of communication.

This suggests that, unfortunately, business students have been conditioned to look for the one thing in a job candidate’s profile that could cause a problem, such as an accent. From there, they immediately weigh if this problem will interfere with their ability to demonstrate ways in which they can help the company in question.

Another experiment had MBA students rating the skills of entrepreneurs participating in a technology pitch competition.

If investors liked the pitches, they would be giving money to the entrepreneurs. Huang and her team saw that one again the business students rated those entrepreneurs with non-native accents poorly, believing that they didn’t posses the indescribable “it” factor that enables them to engage reluctant consumers and investors.

These studies were based exclusively around answering the question of how accents affect personal perceptions. They did not address whether non-native English speakers have difficulty moving up in American businesses because they lack experience. Huang intimated that confidence as a corporate salesman comes from having an understanding what others prioritize in certain situations, which in turn allows for networking opportunities and the chance to build a reputation

As seen above, accents and how they are perceived can certainly make the task of networking in the business world difficult.

This is just one of our many blog articles that helps educate and inform the public on English Accent Training. If you’re interested in learning more about English accent training, check out our free Accent Reduction screening. Within 48 hours you will receive results regarding your accent on a severity scale of 1 (very heavy) to 7 (very mild) accent. If you’re looking to start on your English accent training, we have office and online starter program options! Within 12 English accent training sessions, all clients have demonstrated accent reduction of 50% or more.