Many of our clients at Accent Pros, who come in for accent reduction sessions, have advanced degrees and have excellent command of the English language. Given the evolving state of the English language; however, they may not understand informal slang and phrases that are regularly used in the workplace, and on various popular social media platforms such as Facebook and Twitter. Occasionally our accent reduction clients will understand the meaning of an idiom, but use it in an improper context, which could potentially have embarrassing consequences. In our continuing efforts to feature only the most relevant and practical terms when helping you on your accent reduction goals, here are three weakness related idioms that have become standard workplace shorthand.

Description: A person’s weakness or soft spot; somewhere a person is most vulnerable. 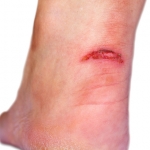 Example: The death of Joe’s son had been devastating. His family is his Achilles’ heel.

Origin: Achilles is a legendary warrior in Greek mythology and is the son of Peleus and a sea nymph named Thetis. His mother intended on making him invincible and she ensured this by dipping Achilles in the river Styx when he was still a baby. She held him by his right heel, the only part she wasn’t able to dip into the river, thus making it his weak point. During the Trojan war when the great city of Troy was under siege, prince of Troy, Paris, shot Achilles on his right heel, therefore resulting in his death. In the battlefield prior to his death, Achilles had been a skilled warrior and blessed with his mother’s protection; he never lost battles. When Paris shot his right ankle though, he met his death and was no more.

Description: This idiom refers to one’s most vulnerable area, and it is reliant on the use of the word “chink” to mean gap or crack.

Example: The fact that Amy forgot to add a convincing closing statement to her debate had been the chink in her armor that led to her defeat. 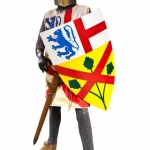 Origin: In the olden days when armor was the primary defense mechanism of soldiers, it was of utmost importance to make sure no parts of the body were left vulnerable in order to last longer in the battle field. The term “chink” began to mean “gap or crack” back in the 1400s. It began to have a figurative meaning around the 1600s and was meant to imply the image of having a weak spot in a figurative “armor” that a person has. It can be used in the same manner as Achilles’ heel, referring to a small point of vulnerability which may otherwise be overlooked but is undeniably present.

Description: Being even more annoying than one had been previously; doing something which surpasses the acceptable threshold of annoyance; something which greatly surprises in comparison to one’s previous actions.

Example: She used to enter my room with no permission and now she’s been wearing my clothes as well! That really takes the biscuit, that one!

Origin: The word “biscuit” originated in the 14th century and is derived from the Latin word “bis” which means twice and “coquere” or cook because biscuits had originally been cooked in a two-fold process. It is believed to be a variation of “take the cake” which means taking the honors or victory. In this case, when used with the term “biscuit,” the phrase expresses irritation.