Accent Reduction Idiom 1 – Under the Weather

Definition: An expression signifying when a person of feeling sick. It may also be used to describe emotions such as sadness and depression. 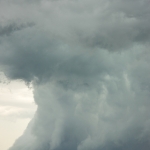 Example: I don’t know if it is my allergies or something I ate but I have been feeling really under the weather lately.

Origin: It has been said that this idiom or phrase probably originated from nautical or seafaring folks. It was said that should a sailor feel a bit sick, he was made to go below decks where he could rest and stay out of the bad weather. Other sources claim that authors named Bill Beavis and Michael Howorth wrote a book about everyday expressions that came from nautical origins and in it they said that the idiom originally meant “to feel ill” or to be affected negatively by bad weather. The term used to be “under the weather bow” which is rather gloomy seeing as the bow is the side of the shop where the bad weather is coming from.

Accent Reduction Idiom 2 – Put the Cat among the Pigeons

Definition: This is a term that is used to refer to something or someone that causes a disturbance. It could be a person whose very presence causes a commotion or a secret revelation to be exposed, leading to discontent amongst a group of people that got along previously.

Example: Bringing that gossip into the group is a lot like putting a cat among pigeons. 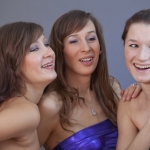 Origins: The origin of this idiom can be traced all the way back to British India. A popular “what if” question pondered here is what would occur if a domestic cat was placed among captive birds. Most likely the cat would chase the birds and there would be a commotion. This gave birth to another common idiom: “feathers will fly.” The cat would so bother the birds that in the commotion, some feathers would come off.

Definition: To mess something up massively.

Example: I am giving a report in class next week and I am so nervous! I just hope I do not screw the pooch and get a failing mark. 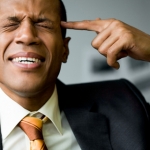 Origin: This idiom comes from a very old joke wherein a man gets so drunk that he comes home to kill his wife and ends up screwing the dog. There are many variations to this idiom. This phrase gained widespread popularity thanks to Tom Wolfe, who used it in his book entitled The Right Stuff which was all about the space program. He used it to describe a mistake committed by an astronaut named Gus Grissom.