Accent Reduction Idiom 1 – An Arm and a Leg

Definition: An arm and a leg figuratively means very expensive or an exorbitant amount of money. It was derived from the reality that when purchasing something expensive, it actually seems as if there’s a need to offer said body parts as collateral for a product or service.

Example: I would’ve love to buy those shoes but a single pair will cost me an arm and a leg. 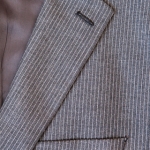 Origin: This idiom has two origins. A fabled tale stated that in the past, portrait painters demanded a higher fee for bigger paintings. A portrait with just the head and shoulders visible was the least expensive option. The most expensive being one with “arms, legs and all.” In recorded history, the idiom is an American phrase cited after World War II. The earliest documented use of the term was in December 1949 by food editor Beulah Karney. She used the idiom for types of products nobody would think about selling unless it was for an enormous amount of money. The usage was linked to the US servicemen who lost their arms and legs and had thus paid a higher cost than others.

Description: It means to change direction. It is also a two-word order—preparatory (about) and an action (face)—directed at a soldier displaying a position to stand in attention. The soldier performs “about face” by positioning his right toe slightly behind and leaning to the left of his left foot, pushing, rotating in a 180-degree turn, and finally returning to the position to attention stand. Alternatively, the idiom can also mean a complete change of a person’s viewpoint.

Example: When his girlfriend broke up with him, he made an about face and walked out the door.

Origin: The origin of this idiom came from the English Army military command. The earliest documentation of the phrase was in 1711 by Major William Young. The English soldier explained that the phrase “to the right about face” is more of a preparative action coming to the right. The army still uses this command today. 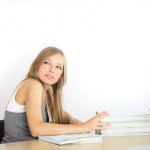 Description: This idiom means being the hot topic of discussion somewhere else. Or feeling that you’re being discussed in another place.

Example: These lies must stop! My ears are burning from gossip and malicious chatter.

Origin: The foundation of this idiom dates back to Roman times. If someone’s right ear burns, he is being acknowledged and praised, and if someone’s left ear burns then he is the focus of wicked intent. Another possible origin of the idiom could be the flushed feeling one occasionally gets, caused by embarrassment or self-consciousness when being talked about.