Business professionals and others who speak English as a second language (ESL) know that when speaking, they are likely to be judged by strangers for speaking American English with an accent. Any advantage an ESL speaker can find as they learn to speak English will help in establishing credibility.
Pronunciation is one area that can be significantly refined. Unfortunately, there are many words in the English language that are mispronounced by both native English speakers and foreign English speakers, many times without the individual being aware of the inaccuracy. These mispronunciations have become commonplace, but our blog may be able to help some individuals make some positive changes. 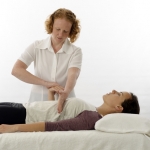 Definition: This is the tissue that connects muscles to bones which allow movement with its contracting and relaxing.

Why it is difficult: The word should not be confused with “mussel” [muhs–uh l] as it is pronounced exactly the same way. The “mussel” is a type of edible mollusk or shellfish. As with many English words, this word is not pronounced the way it is spelled. The letter “c” is silent in this word.

Definition: This word is defined as the practice of moves, typically for dancing.

Why it is difficult: This word is a synonym of a dance routine. It is difficult to learn because of its complex spelling. The “ch” in this word is also pronounced as a “k” and not pronounced like in the word “charm”. It is not to be confused with “phonograph” [foh-nuh-graf, -grahf] which is an old type of music-playing device.

Definition: This is the legal agreement of one debtor to a creditor to borrow a sum of money and pay the money back in a given time frame.

Why it is difficult: This word is a household term which refers most prominently to real estate. In most cases, mortgage is paid on a monthly basis and comprises many people’s monthly bills. It can be difficult to pronounce at first because the letters “t” and “a” are silent. It sounds a lot like “storage” [stawr-ij] which means a place, space, or room for storing things.

Definition: The word literally means the outline of something against dim light. 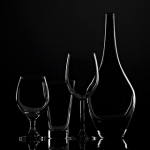 Why it is difficult: This word is tricky to spell and is pronounced differently from how it is spelled. It is similar to a shadow in definition. The word “pirouette” [pir-oo-et] is spelled similarly to silhouette but its definition is a spinning ballet move.

Definition: It is a member of the daisy family and has a prickly stem and purple flowers.

Why it is difficult: It is very easy to get this word mixed up with the word “whistle” [hwis–uh l] which is the high-pitched sound made by forcing air through partially closed lips. The spelling is similar in both words.