Definition: An expression used to express disdain which means the same as “get lost.”

Example: I know you’re not fit for the job so go pound sand and get back to your old town. 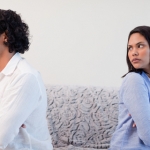 Origin: This phrase traces its roots to the United States and despite being a common expression there, it’s not something which is typically used in other countries. It may have been first used in the 20th century, making it a relatively young idiom compared to other more widely used idioms out there. Variations like “go pound sand in your ears” have also been used. In 1969 in particular, Max Yasgur used it during an argument with some local dignitaries concerning the Woodstock Music and Arts Festival.

Sand Idioms 2 – Bury your head in the sand

Definition: Refusing to acknowledge or confront a problem.

Example: You can bury your head in the sand by drinking the night away, but your issues will still be there come morning.

Origin: This idiom comes from an evasion tactic ostriches are said to use when they are being hunted by predators. They figuratively bury their heads into the sand. This behavior was first documented by Pliny the Elder—a Roman writer. In truth ostriches do not hide their heads in the sand, instead choosing to hide in bushes or lie on the ground to be less noticeable. The myth about “burying their head in the 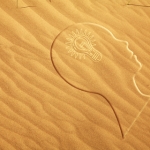 sand” may have resulted from the fact that ostriches have to lower their heads when they’re feeding. There is also a notion that since the bird has an obviously small brain, hiding its head in the sand would mean that the attacker can’t see the rest of its body. If we carry this logic over to the idiom itself, there is an assumption that if you can’t see the problem, it won’t see you.

Definition: Creating an artificial boundary and while doing so, implying that crossing said boundary will result in trouble.

Example: The siblings never really got along and they drew lines in the sand when it came to who gets to use the computer more during the weekends.

Origin: The exact origin for this idiom remains unknown, but it has been linked to John 8:6, when Jesus drew a line on the sand to address a crowd of people about to stone a woman 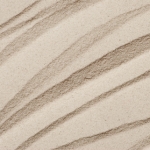 guilty of adultery. According to the Oxford English Dictionary, the phrase has been present in English discourse since around 1950 and achieved its current figurative use around 1978. Some related phrases include the likes of “point of no return” or “red line” which both refer to boundaries which also should not be crossed if one does not wish to face the consequences of doing so. The phrase “lines in the sand” has been used in publication, and made its appearance on The Washington Post in 1950 and 1978.