To increase their marketability, British and American actors must be versatile enough to master a wide range of accents, including the American southern accent, New York, and Boston accents. When moviegoers see their favorite actors playing a role that requires a specific accent they normally don’t have an appreciation for how many hours the actor has spent preparing with a dialect coach like Tim Monich, going over things such as tongue placement, the pronunciation of specific words, the character’s motivations, and whether an accent feels natural during the course of a scene. Actors recognize the value in this arduous process and are willing to put in the work if it results in an accent that fits their character and comes across as authentic. On the other hand, would you appreciate it if you were on a vacation in Ireland and one of the store shop owners started speaking to you in the Gaelic, known to the rest of the world as the Irish language?

Immersion and the Irish Language 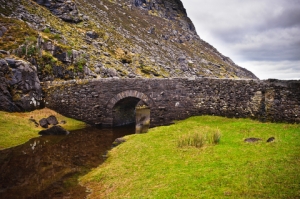 Tourism agencies have capitalized on the American public’s sudden interest in learning foreign languages by highlighting them as part of a larger package to sell tourists on a particular destination, like Ireland. Businesses that sell monthly Irish language “immersion” packages to travelers frequently target towns within the Gaeltacht region of Ireland.

According to census published in 2011, only 1.8% of Ireland’s population actually speaks Irish on a daily basis. Considering that Irish is the official language of the Republic of Ireland, it surprisingly only ranked third in the most used language in the country, next to Polish and French. However in the aforementioned Gaeltact region of Ireland 35% of the population–between 20 to 30 thousand people–is fluent in the Irish language. It is important to note that these areas boast the highest concentration of elderly people who grew up speaking some form of the Irish language. Similar findings were uncovered in an exploration of why the New York accent seems to be dying out amongst the younger generation. The New York accent remains strongest in isolated areas with a high percentage of older white adults, most notably Staten Island and Besonhurst.

Should the Irish Language be Used as a Marketing Tool?

Most people in Ireland’s hospitality and service industries are willing to interact with interested tourists in the Irish language. They are well aware of the kind of revenue that is generated by these trips and how they benefit the area as a whole. Thus, they “play the part” of a native Irish Gaelic speaker, answering questions related to the Irish language. Above all, many of the pub owners and shop keepers are looking to sell relevant products to the tourist consumer base and view speaking in Irish as part of selling the entire Ireland experience.

Those against speaking Irish with tourists argue it is demeaning to native Irish speakers and causes foreigners to focus too heavily on how the Irish speak instead of viewing them as people with distinct personalities. Despite these objections, the practice of promoting linguistic variety within popular tourist areas remains a viable strategy. Not just specifically in Ireland, but in other places where an Irish town or village is prominent, such as the Irish Village in Dubai and the Cape Cod Irish Village in Massachusetts.