The goal of American accent training is not to alter a client’s manner of speaking in any radical way or to eliminate an accent all together. This is impossible. In any case, an accent is an essential part of a speaker’s personal identity. American accent training strives to reduce individual accents while simultaneously giving individuals the necessary confidence that their accents won’t keep them from communicating effectively .

So how does one know when they’ve made noticeable improvement in American accent training? This is usually seen when a client is able to transition seamlessly between formal and informal language –filled with slang terms– without the accent being more evident in one form of speech than the other. While adding a variety of slang terms to your standard vocabulary can help you adapt your speech to match any situation, make sure you’re using actual slang terms and not merely saying some English words and sounds incorrectly to achieve a preferred dialect, believing this will help you fit in.

The amount of people who regularly say “acrossed” or “acrosst” in place of “across” has yet to be determined as a finite number. However there is evidence suggesting the use of this specific 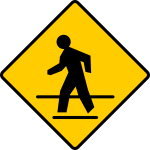 word variant  is purely a personal dialect decision, with a high concentration of these speakers  from states in the Midwestern US. Non-native speakers of English are likely to develop whatever type of English accent they have the most exposure to, and use the dialect terms associated with the aforementioned accent. Therefore, if an ESL speaker recently moved to a town in the Midwest and people within their social circle regularly said  “acrosst” instead of “accross”,  there is a high probability this pronunciation variant of the word would subconsciously become part of the ESL speaker’s vocabulary.

To say it correctly: Remember that across can be used as a preposition or adverb, but never used in the past tense.

Your listener may not notice the pronunciation error should you add a /d/ sound to the end of the word drown. Conversely, adding a definitive -ed ending to the word always indicates past tense, when the story you are telling may require you to stay in present tense.

To say in correctly: Avoid adding a /d/ or -ed suffix at the end of this word in the present tense.

The letter w was given its name back in a time period when the letter u was written like a “v”. The letter “w” was viewed as two letter Us linked together, hence the name “double you”.

To say it correctly: Distinctly pronounce this letter’s two syllables by emphasizing the long l sound in the first and the long u sound in the second. A mispronunciation such as “dubya” is often attributed to speakers with a southern accent. Due to the so called “southern drawl”, southerners are frequently stereotyped as being uneducated and/or lazy with regard to how much effort they put towards speaking with clear precision.

This is just one of our many blog articles that help educate and inform the public about American accent Training. If you’re interested in learning more about English accent training, check out our free Accent Reduction screening. Within 48 hours you will receive results regarding your accent on a severity scale of 1 (very heavy) to 7 (very mild) accent. If you’re looking to start on your English accent training, we have office and online starter program options! Within 12 English accent training sessions, all clients have demonstrated accent reduction of 50% or more.