In April 2015 a language oriented message board thread on the networking  website Reddit went viral when a user asked a simple question:  “What’s the hardest English word to pronounce?” Those who have been in English accent training for any length of time will be heartened to know that both native and non native English speakers alike were all too willing to share the words that gave them the most trouble. The question eventually garnered over 5,000 responses  as wave upon wave of answers rolled in over the course of two weeks. The thread has since been archived but not before a list was culled together of the top 10 most difficult English words to pronounce according to everyday Reddit users, including “penguin” and “colonel.”

Example sentence: The novel was about a troubled detective tracking down a serial killer in rural Kentucky.

The fact that this word has two syllables that each begin with the letter R in close succession of one another makes it challenging enough as is for those who are learning to distinguish between specific sounds in English accent training. These problems are further compounded  when you place “rural” next to other words with similar r sounds. Take the phrase “rural juror”, for example. Instead of pronouncing it as /roo-ruhl joo-ror/, many ESL speakers end up saying “rural” in such a way that the R sounds in the word blend together and the long U is disregarded, robbing the word of its  subtle, yet important extra syllable.

Example sentence: Within the army, a colonel is ranked above a lieutenant colonel and below a brigadier general.

The word “colonel” is an example of a homophone in the English language. It is pronounced the same as “kernel”, which refers to the edible seed contained within a piece of fruit or whole grain plant. Those who are looking to modify their speech through English accent training may be tempted to pronounce the word “coal-oh-nel” or “col-ah-nel” at first glace, enunciating the word exactly as it is spelled. However they can avoid this error by treating the first syllable, “Col”, as “ker” and subsequently connecting this sound with “nel”, while being aware that the “o” in the middle of the word is silent.

One of the biggest reasons why this word made it to this Reddit list–aside from being a novelty amongst words that are used regularly in conversation–is due to sheer intimidating length. It’s a medical term for an ears, nose and throat doctor. You can use a memory technique called “chunking” to remember what this doctor treats, as the three root syllables that comprise the beginning of this word can be broken down into three separate chunks, each being the root word for the medical term for ear, nose, and throat respectively.

A viral video of the popular actor Benedict Cumberbatch may have caused this word to be included on the list, seeing that in a BBC documentary on the South Pecific, Cumberbatch mispronounced 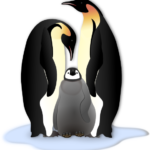 the word “penguins” as “peng-wings” and “penlings” within an 18 second span. Being the popular celebrity figure that he is, many people were willing to overlook Cumberbatch’s mistake, with some likely finding it endearing on a certain level. Indeed, some actors are so high profile that they can seemingly get away with mispronouncing certain words in a line of dialogue without facing repercussions. This is not mean that such mispronunciations will be tolerated on the job, or that only those with British accents have difficulty pronouncing “penguin.” There are quite a few people who are unable to make the correlation between the “ui” letter combination and pronouncing the word with a long w. Therefore, they pronounce the word as “peng-gin.”

This is just one of our many blog articles that help educate and inform the public about  English Accent Training. If you’re interested in learning more about English accent training, check out our free Accent Reduction screening. Within 48 hours you will receive results regarding your accent on a severity scale of 1 (very heavy) to 7 (very mild) accent. If you’re looking to start on your English accent training, we have office and online starter program options! Within 12 English accent training sessions, all clients have demonstrated accent reduction of 50% or more.