Native French speakers who wish to learn to Speak English with a modified accent usually find they have difficulty adjusting to the short “i” sound in American English given that all the vowels in French are naturally long. They also struggle at times with clearly enunciating the “th” syllable when it is found at the beginning of a word, preferring to drop it and place emphasis on any subsequent vowel sounds. This list features words with other sounds that are commonly mispronounced by French speakers.

While it would be easily to characterize the headline in the aforementioned linked article as being condescending, it nevertheless underscores the important role word lists can have in helping people learn to  speak English with a reduced accent. Review the list below and feel free to submit to your accent coach your own personal list of 5-10 words you have difficulty pronouncing.

You may hear the French pronouncing this word as /skwee-woo/ because of their difficulty in pronouncing both the short “i” and the “r”.  As you learn to speak English with a modified accent you may wish to try pronouncing the word as one syllable, blending the “q” and long “u” sound in a manner reminiscent of a southern accent. In order to pronounce the word correctly, emphasize the long “r” in the second syllable and end it with a definitive “l” sound.

Similar to the word above, the “r” sound here is problematic. Especially given how it is positioned immediately after the beginning syllable “th.” When confronted with this word in print many native French speakers will omit the “th” and pronounce the final syllable so that it rhymes with “tough” rather than  clearly pronouncing the long “u” and transitioning into “row” While you learn to speak English with a neutral accent, don’t be reluctant to ask friends in your social circle how to pronounce a word you don’t know, or if your current pronunciation of a given word is exactly right. More than likely they’ll be happy to tell you the correct pronunciation and answer any related questions you have regarding the contextual usage of a word, especially if they are aware you are trying to improve your speech. 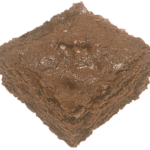 Stories about the French calling these delectable desserts “broonies” have spread on social media sites such as Facebook and Twitter. This mispronunciation occurs simply because the French speaker treats the “ow” at the end of the first syllable as a long “o”. To say this word  properly, focus on saying the first syllable, “brow”, then add the “nie” ending.

Liz, bin, sip, and any word with a short “i” sound

Native French speakers have a tendency to pronounce these words as “lease”, “been” or “seep” respectively. This is due to the fact that French has comparatively longer vowel sounds than English. However, you can practice how you say this vowel sound by making an effort to initially pause after the sort “i” in each respective word, and then adding that remaining consonant at the end. Gradually work your way up to the point where you can say each word at normal speaking volume and speed with no hesitation. If you feel self conscious about making this speaking change in public, you can work on it in the privacy of your own home until you gain enough confidence.  Regardless of which approach you take, it’s important to remember that you can learn to speak English with a neutral accent, but it is a gradual process.

Accent Pros has a variety of article series that can help you learn to speak English with an American accent, featuring information about common English phrases and American idioms.  Be sure to check out other blog posts to find your favorites.  Ready for a complimentary accent reduction tutorial or a free accent screening?  Check out our on-line accent reduction courses available to students with accent reduction goals all over the world. For consistent access to our idioms series and other how to speak English tips Like us on Facebook or Follow us on Twitter