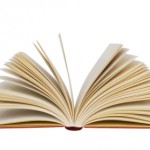 Author Theodore Geisel, better known as Dr. Suess, has remained one of the literary world’s most popular and respected authors due to his ability to deliver universal themes in anapestic tetrameter, a writing form that features four anapestic metrical feet per line. Two unstressed syllables followed by one stressed syllable.  Poetry, even in its most basic form as seen in the Suess books, can be an invaluable tool for a non-native English speaker working to learn the nuances of the American accent because it allows them to hear the  natural rhythm of English within a creative framework. Over the years, noted actors such as Kelsey Grammer and Walter Matthau have each lent their unique American accent to readings of The Cat in the Hat and How the Grinch Stole Christmas respectively.  Neither interpretation is quite like this viral video , featuring Oh, the Places You’ll Go! being read in 68 different American and international accents alternating line by line.

The following American accents are listed according to their position within the 68 accents featured in the video.

1. Los Angeles/California- The California accent used here shows signs of being a valley girl accent, but for the most part retains the Midwestern American accent seen amongst many speakers in California.

4. Seattle- The prescience of a true Seattle accent within the linguistic landscape has only recently begun to be studied by linguists and begrudgingly acknowledged by Seattle residents themselves. According to linguist Alicia Beckford Wassink, some Seattle speakers pronounce the words “beg” and “egg” similarly with an elongated “a” sound that makes the words indistinguishable from one another. A second unique low back vowel merger unifies the words “don” and “dawn”.

11.Philadelphia-Originally the Philadelphia accent had many traits common to the southern dialect. A study by William Lablov and colleagues in the paper “A Hundred Years of Sound Change” has revealed that Philadelphia vowels are shifting in a process known as “northernization” and that this transformation has not wavered across various education levels or sex boundaries.  The Philadelphia dialect, referred to by detractors as “hoagiemouth” features numerous local dialect phrases. For example, sprinkles are referred to as “jimmies” and the word “water”  is pronounced in a condensed, rushed fashion that comes out sounding like “wooder”. Another distinctive feature seen in the Philadelphia accent is the shortening of both long “e” and “a” sounds when they occur before a “g” sound. Thus “eagle” rhymes with iggle and league rhymes with big. The Standard American accent equivalent can been seen in how the words vague and plague rhyme with peg.

12. Bronx- As has been discussed in a previous article, there is a tendency among New Yorkers to characterize their local accent and dialect as being radically different from those found in New York’s surrounding boroughs; however, pronunciation differences correlate more closely with specific ethnic groups living in New York. Specific pronunciation differences are largely a matter of personal pride. That is, residents of certain boroughs in New York think their native accent is different from those around them simply because that is what they wish to believe.

Dr. Suess’ book Oh, the Places You’ll Go! focuses on seizing the opportunities presented by each new day and taking control of your life by viewing it as a series of simple decisions, each decision coming about as a direct result of one made previously, in turn allowing you to break free of whatever routine you may have subconsciously gotten yourself into lately. The book has become a common gift for high school graduates, but you may want to purchase the book to practice your American accent. Achieving an American accent can be viewed as the ultimate goal in your training; but not necessarily an endpoint, as you will need to use learned accent reduction tips on a consistent basis when speaking to maintain your American accent.