Many of our clients at Accent Pros, who are interested in learning how to speak English with an American accent, have advanced degrees and have excellent command of the English language Given the evolving state of the English language; however, they may not understand informal slang and phrases that are regularly used in the workplace, and on various popular social media platforms such as Facebook and Twitter. Occasionally our clients will understand the meaning of an idiom, but use it in an improper context, which could potentially have embarrassing consequences when learning how to speak English. In our continuing efforts to feature only the most relevant and practical terms when helping you on your accent reduction goals, here are three commonly used American name phrases that have become standard shorthand in the workplace.

Definition: The term used for slipping a sedative drug into someone’s drink, done in a secretive or furtive manner. 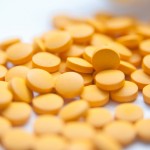 Example: You look out of it; did someone slip a Mickey Finn into your drink?

Origin: A “Mickey Finn” sometimes shortened to just “Mickey” supposedly came from Chicago way back in the 19th century from someone named “Mickey Finn”. This Finn worked as the keeper of the Lone Star Saloon up until the late 20th century.  It was said that he drugged his customers so he could then rob them when they were out of it.

Definition: The name given to a type of flatbread made out of corn meal.

Example: Make sure you have your Johnny cakes ready because there aren’t any places to eat along that trail. 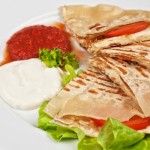 Origin: The origin of the “Johnny cake” term is a bit of a mystery but one thing is for sure and that it has nothing to do with anybody named “John.” Johnny cakes are also called journey cakes because they could be stored in saddle bags for long journeys and baked along the way. There are some historians stating that they used to be called “Shawnee cakes” but the colonists slurred the words and ended up with “Johnny cakes” instead.

Definition: The term used to refer to long underwear usually worn in winter for extra warmth.

Example: The weather is getting cold and it looks like it is time to break out the long johns.

Origin: It is believed that the long johns came from Derbyshire in England. The makers are John Smedley’s Lea Mills located in Matlock. This company has been around for 225 years and it is said that they came out with the long underwear first and named it after John L. Sullivan, a heavyweight boxer from the 19th century.