Many of our clients at Accent Pros, who are interested in learning how to speak English with an American accent, have advanced degrees and have excellent command of the English language. Given the evolving state of the English language; however, they may not understand informal slang and phrases that are regularly used in the workplace, and on various popular social media platforms such as Facebook and Twitter. Occasionally our clients will understand the meaning of an idiom, but use it in an improper context, which could potentially have embarrassing consequences when learning how to speak English. In our continuing efforts to feature only the most relevant and practical terms when helping you on your accent reduction goals, here are three commonly used American name phrases that have become standard shorthand in the workplace.

Definition: A cramp or feeling of stiffness in the arms or legs. 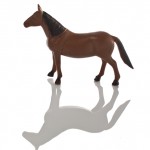 Example: I stretched my legs as I got out of bed and got a Charley horse in my left leg!

Origin: The idiom “Charley Horse” also spelled as “Charlie Horse” is an American term which came from baseball. In fact, it is so American that it is very rarely used in other English-speaking countries and is almost never heard in the UK. The earliest use of the term may have been recorded in the July 1887 issue of the Fort Wayne Gazette.

Definition: A name American authorities use to name unidentified individuals.

Example: John Doe was found on a ditch with no identification tags, no clothes, and most of his face burned off.

Origin: While it is believed that there never really existed a person by the name of John Doe, the name seems to come from the 18th century. The best known example is from the Commentaries on the laws of England, a work by Sir William Blackstone (1765-69) although it seems that it started out way before.  It was used in a work that came from the year 1659. 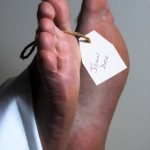 How to Speak English Name Phrase 3 – Cup of Joe

Definition: A nickname used to refer to a cup of coffee. 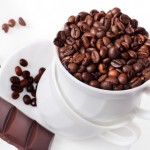 Example: The businessman went to Starbucks because he wanted a cup of Joe before the big meeting.

Origin:  There are two explanations for this and one points to Josephus Daniel who banned alcoholic beverages in the navy. The sailors were forced to drink coffee so they nicknamed it “Joe” after Josephus. Another explanation is “Joe” refers to the average, everyday guy which means coffee is an average, everyday drink.